Sadhana Samithi to continue its fight 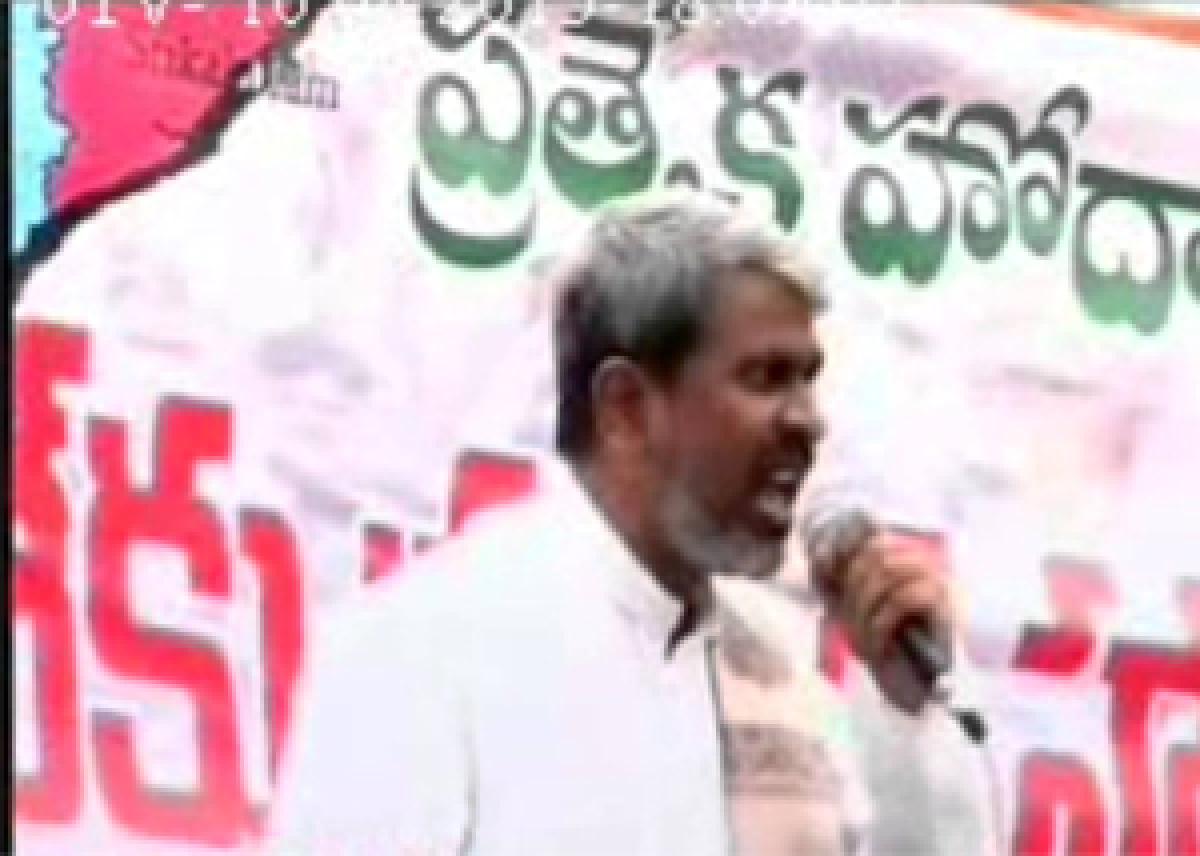 Pratyekahoda Sadhana Samiti meeting which met in Guntur city on Wednesday set to mount pressure on Centre to get special status to AP and ensure promises made at the time of bifurcation of the State be implemented.

Amaravati: Pratyekahoda Sadhana Samiti meeting which met in Guntur city on Wednesday set to mount pressure on Centre to get special status to AP and ensure promises made at the time of bifurcation of the State be implemented.

The committee decided to hold protests near Prime Minister Narendra Modi `flexis’ in all Assembly constituencies on June 2 on the occasion of bifurcation day. It will also hold mass protests on August 9 on the lines of Quit India Movement in all Assembly constituencies. It will explain how the Centre has deceived the people of AP and also motivate people to participate in the agitation in all villages.

The committee will set up Assembly constituency level committees in 175 constituencies in the State and form various wings with teachers, advocates, doctors, employees, farmers, media and intellectuals besides activating the students JACs in 14 universities in the State to intensify the agitation.

The teachers wing will print pamphlets and distribute to all the students and explain about injustice meted out to the state by the BJP-led NDA government and explain benefits of attaining special status.

Addressing the gathering, Pratyekahoda Sadhana Samithi president Chalasani Srinivas slammed Centre for tailing to keep up its election promises. He said if special status is given, it would be beneficial for the State and entrepreneurs and industrialists will get concessions.

Students JAC leader of Sri Krishnadevaraya University, D Mallikarjuna, warned that they would intensify their agitation for special category status and demanded special package for Uttarandhra and backward Rayalaseema districts and warns of rail rokos.