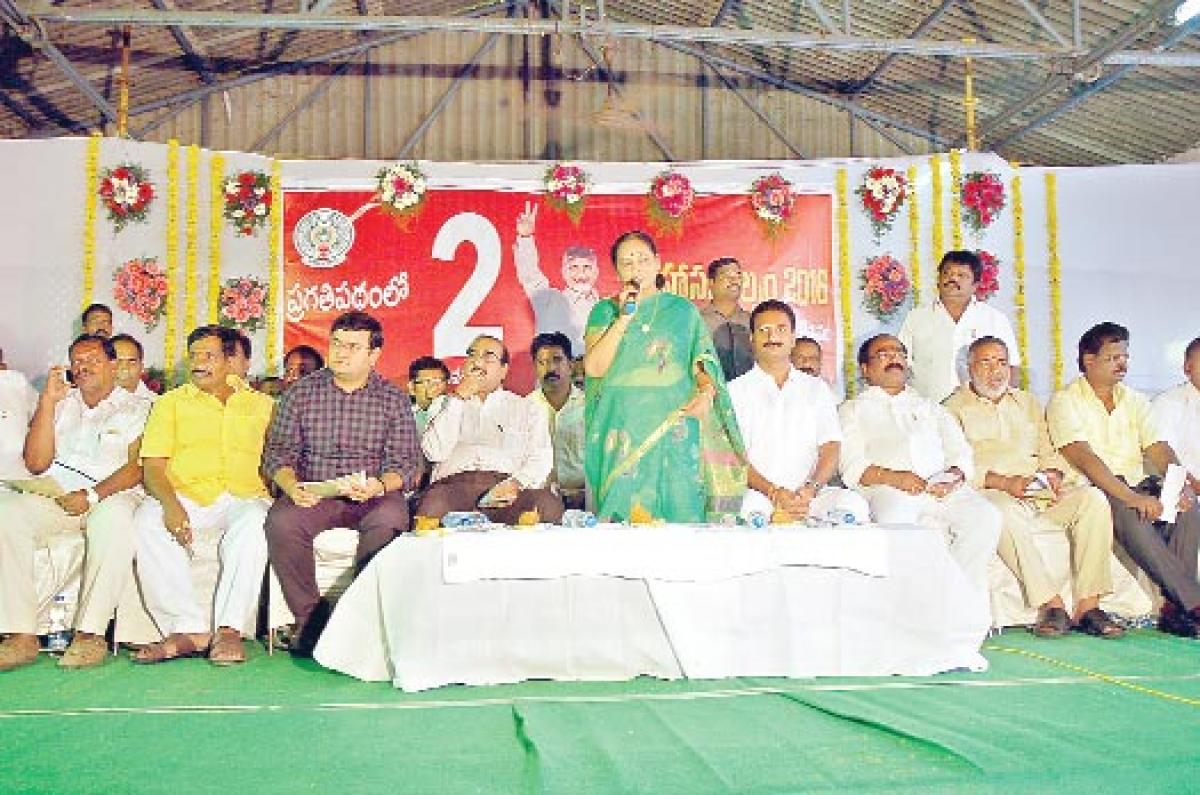 ​Tirupati: Tirupati MLA M Suguna said that people have to strengthen the hands of Chief Minister N Chandrababu Naidu to succeed in his efforts to reconstruct the State which is facing difficulties post bifurcation.

Speaking after taking Maha Sankalpam pledge administered by the Chief Minister at Kadapa which was telecasted here on Wednesday marking the end of the six-day Nava Nirmana Deeksha observed statewide Suguna said that during the six day programmes discussions were held on various issues including development initiatives, industries, health education
as an exercise to prepare the people to involve the stupendous task of the reconstruction of the State.

She said that 2,550 houses will be allotted to eligible poor in the city soon and efforts are on to augment drinking water supply in the city with an outlay of Rs 75 crore sanctioned under AMRUT scheme.

Maha Sankalpam’ taking up the pledge reaffirming support to the government for the development of the State was observed in Sri Venkateswara Veterinary University SVVU and also in Tirupati Urban District Police Office DPO.

SVVU Associate Dean called on the participants to lend their support for State development and also the university while Urban SP R Jayalakshmi called her men to rededicate themselves to bail out the State from its difficulties to march forward.