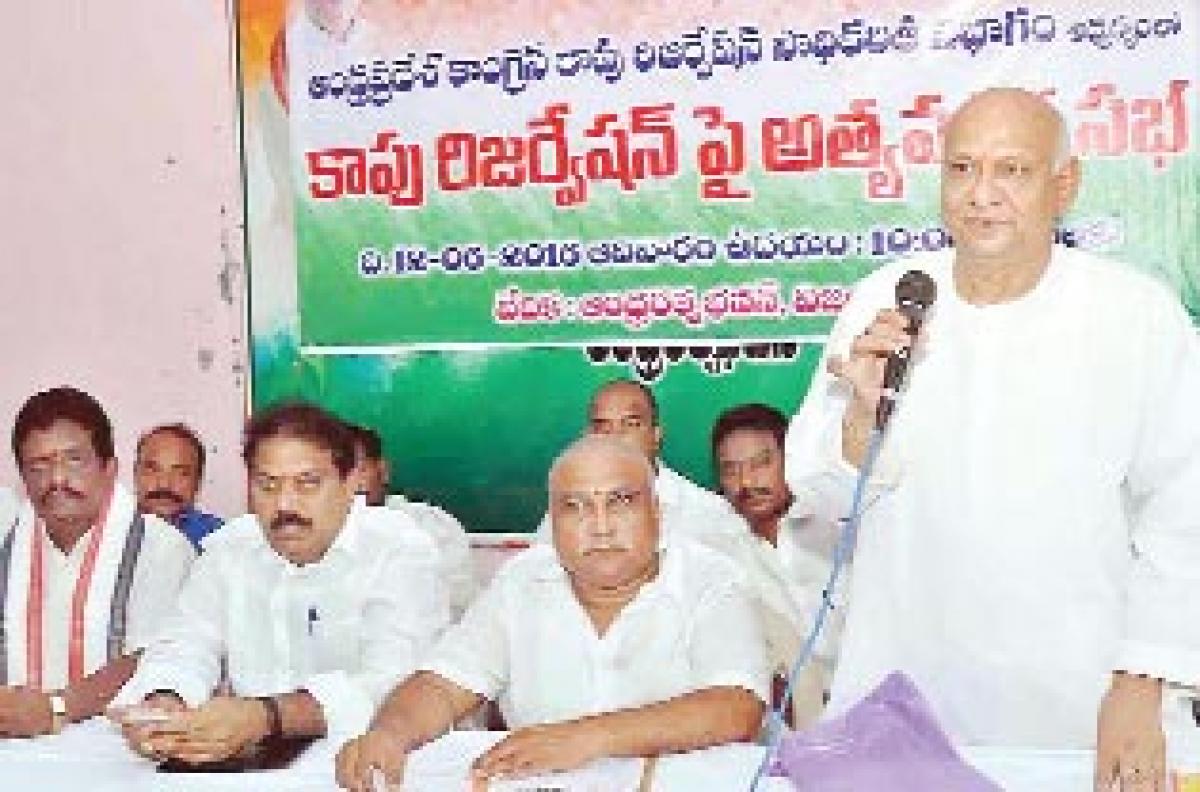 They said that the government is responsible for the safety and health of Mudragada who is on an indefinite fast seeking release of those arrested in connection with Tuni incidents.

They said that the government is responsible for the safety and health of Mudragada who is on an indefinite fast seeking release of those arrested in connection with Tuni incidents.

AP Congress Kapu Reservation Sadhikara Committee conducted a meeting at Andhra Ratna Bhavan here on Sunday.
The Kapunadu leaders passed a resolution at the meeting demanding release of Mudragada and lifting of cases on
Kapunadu activists.

The Kapunadu leaders demanded that Pawan Kalyan should react on the arrest of Mudragada Padmanabham immediately. They demanded resignation of Kapu community Ministers in support of Mudragada agitation. They said that the TDP came to power with the support of Kapu votes and it was now foisting cases on Kapu community persons for seeking reservation for Kapus.

The Kapunadu leaders pointed out that the Manjunath Commission is yet to submit its report on the inclusion of Kapus in BC list.

They questioned the government’s decision to conduct a fresh survey.
They said that though Kapu community covers 27 per cent of population in the State, they are economically lagging behind in all sectors.

Later, the Congress and Kapunadu leaders staged a protest condemning the arrest of Mudragada. They raised slogans demanding reaction of Pawan Kalyan in the issue. They demanded resignation of Kapu Ministers.
A large number of policemen were deployed at Andhra Ratna Bhavan to prevent any untoward incident during the protest.