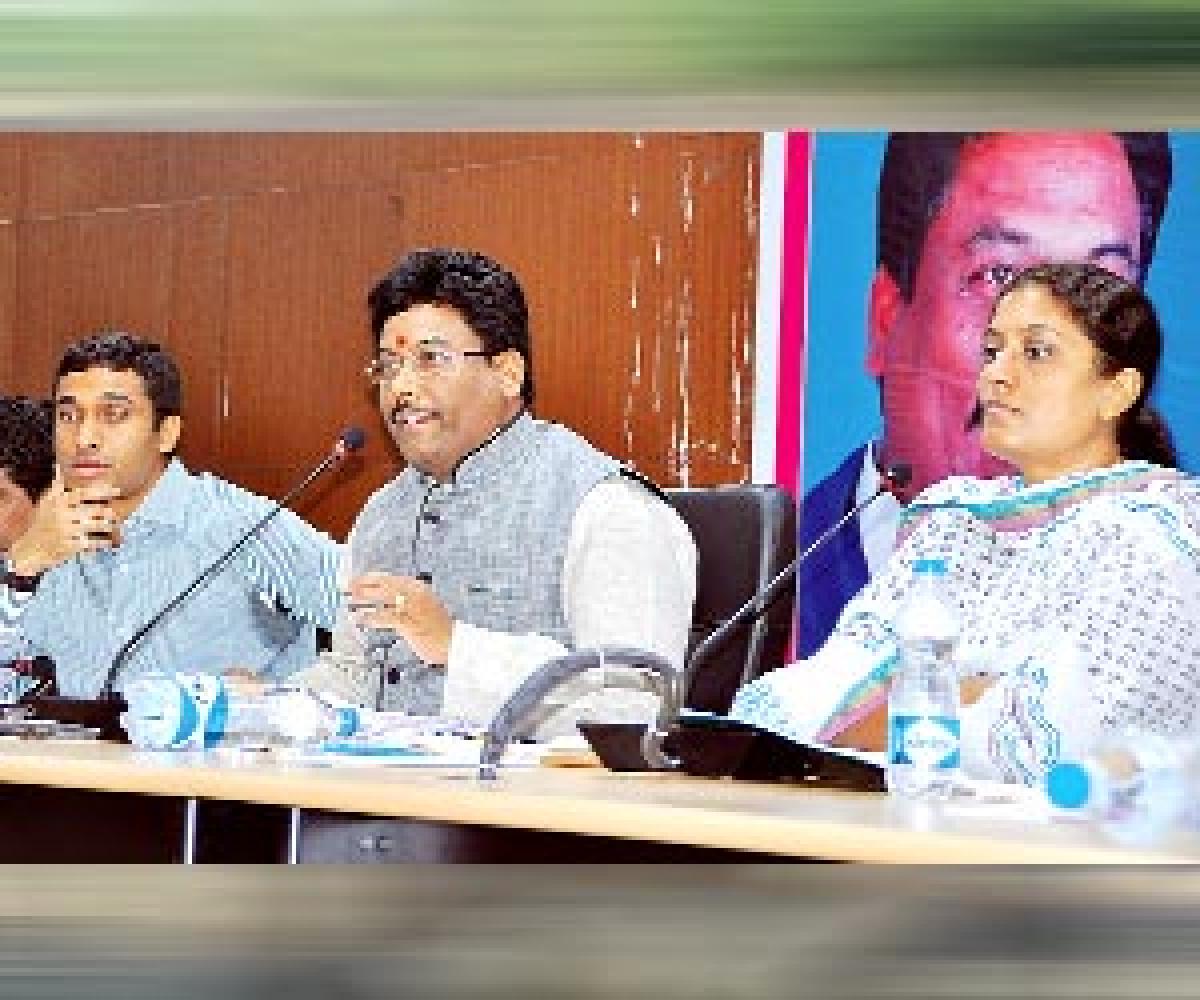 SC, ST Commission Chairman Karem Sivaji warned of initiating action against the errant officials if they fail to resolve problems relating to

Nellore: SC, ST Commission Chairman Karem Sivaji warned of initiating action against the errant officials if they fail to resolve problems relating to SCs and STs. He convened a review meeting with the officials here on Sunday on the welfare of SCs and STs.

He asked the officials to create awareness among the people about the welfare programmes being implemented by the government. He said that SC and ST population in Nellore is more when compared to other parts of the State and advised the officials to focus on their development.

The District Collector advised the police to organise the Civil Rights Day every month for the benefit of the poor. He asked them to book cases against atrocities and resolve the land disputes. He further stated that separate burial ground should be provided for SC and ST population. He also asked the officials to fill up backlog posts in all the departments by end of this month.

He suggested providing opportunities to the students for pursuing education in foreign countries under Ambedkar Vidyonnati, NTR Vidyonnati schemes.

He directed the officials to view the social boycott incident in Kota mandal seriously and take necessary action against the responsible.

Municipal Administration Minister P Narayana suggested implementing all the welfare programmes meant for SC and ST population effectively and asked the officials concerned to utilise funds allocated for them completely.