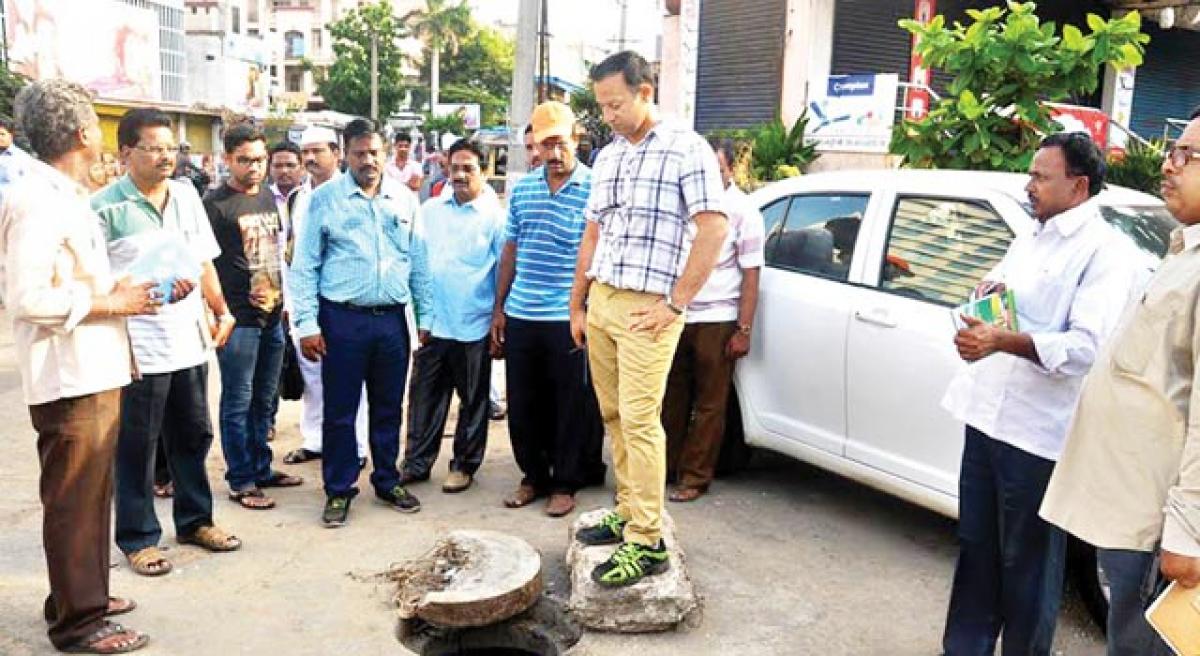 Visakhapatnam: Taking a serious view of the garbage littered on the streets, the Commissioner of GVMC Praveen Kumar has asked his officials to penalise individuals and organisations, which dump garbage on the streets.

He asked officials accompanying him to penalise the individuals and institutions who have been dumping garbage on the streets.

The Commissioner also checked the manholes and internal roads during his visit and suggested the public health officials to review the sanitation work every day from 3 pm to 5 pm.

The city alone generates over 1,000 tonnes of garbage every day out of the total 3 lakh tonnes in the entire district.

As per the projections, the quantum of household garbage is likely to double in the next 10 years. The GVMC had signed an MoU with Jindal Group for establishing a 15 MW waste-to-energy plant, which will further improve the city’s cleanliness.