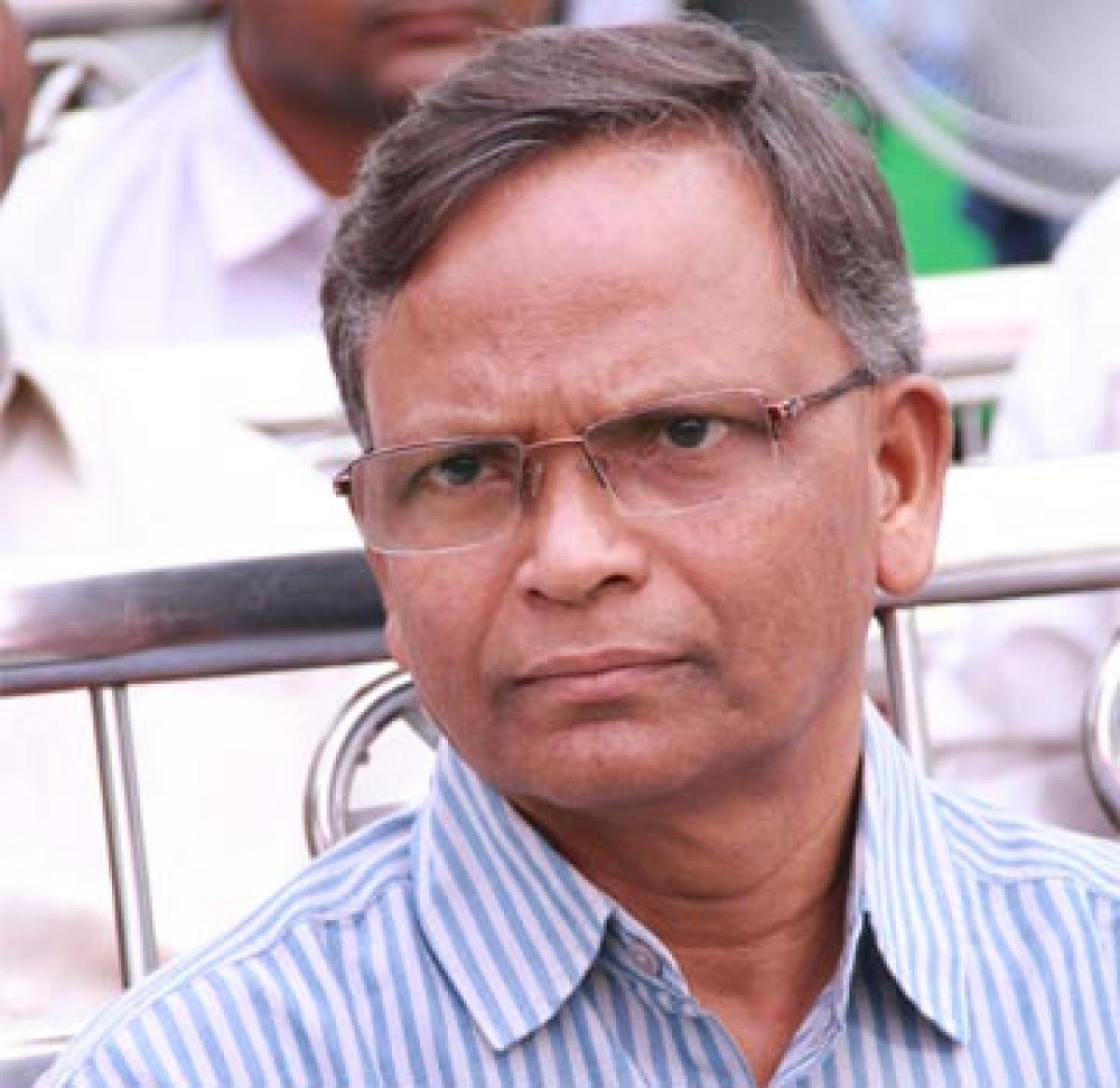 Participating in a Meet-the-Press programme, here on Wednesday, Varaprasad said that the port construction will change the face of the three backward mandals Kota, Chittamuru and Vakadu in Nellore district and also propel the development of Nellore and Chittoor districts.

Tirupati: The Centre is ready for Dugarajapatnam port construction in Nellore district from its own funds without burdening the State government, Tirupati MP V Varaprasad said here on Wednesday.

Participating in a Meet-the-Press programme, here on Wednesday, Varaprasad said that the port construction will change the face of the three backward mandals Kota, Chittamuru and Vakadu in Nellore district and also propel the development of Nellore and Chittoor districts.

Stating that he made several representations to Minister of Road Transport and Highways Gadkari for taking up the construction of the much-needed port, he claimed that Gadkari assured him that the Centre is ready to take up the port.

construction as it will accelerate the development of the area and also generate thousands of jobs.
Varaprasad was candid enough to reveal that the port construction, though approved in the Parliament about three years ago was much delayed due to political reasons and vested interests. He said a private port Krishnapatnam in the same district was said to be against Dugarajapatnam port construction.

However, BJP leader and Union Minister Venkaiah Naidu is also supporting me for the construction of the port, so it would soon become a reality. Since Venkaiah also wrote to Gadkari seeking the same.”

The MP said that because of his efforts, the Mannavaram project a joint venture of BHEL and NTPC which was dormant now was revived with the Centre agreeing to post a new managing director and said that Rs 1,200 crore had been allocated for the project which was inaugurated seven year ago.

Besides, he said he is pressing for a new railway line from Putur to Vardaiapalem and Tada covering the interior areas of Satyavedu, Naglapuram mandals and also two-subways in the pilgrim town.
Press Club secretary K Giribabu, treasurer P Narendra and others were present.