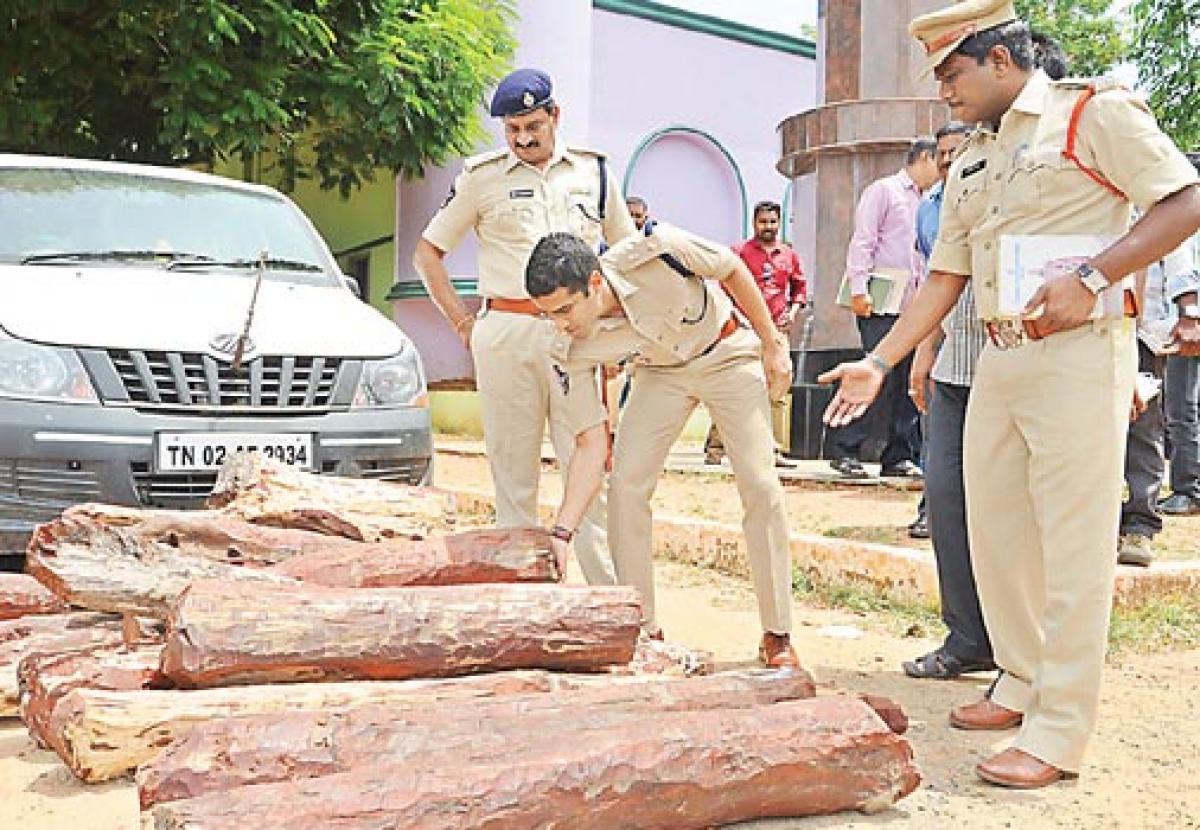 District Superintendent of Police Vishal Gunni while interacting with media persons on Wednesday said that they deployed teams for nabbing another person who was involved in the crime.

District Superintendent of Police Vishal Gunni while interacting with media persons on Wednesday said that they deployed teams for nabbing another person who was involved in the crime.

According to Vishal, Circle Inspector of Sullurpet, on a tip-off on illegal transportation of red sanders logs on June 9 midnight, he alerted Tada sub- inspector and others for keeping a vigil at BV Palem integrated check post.
They found two white cars parked at SC Colony area and the two vehicles were loaded with 38 red sanders logs. They seized two Mahindra vehicles and logs worth Rs 44 lakh.

The approximate cost of logs according to the government valuation was around Rs 26 lakh and it can be sold at Rs 50 to 60 lakh in open market, the senior police official said.

After investigation, the police officials arrested Dinesh alias Deena of Talayaripalem in Tiruvallur district of Tamil Nadu in BV Palem on June 14. They found he was assisting red sanders smugglers Dina Kumar and Suresh for piloting the vehicles for illegal transportation of logs. He was also giving shelter for smugglers, the CI said.