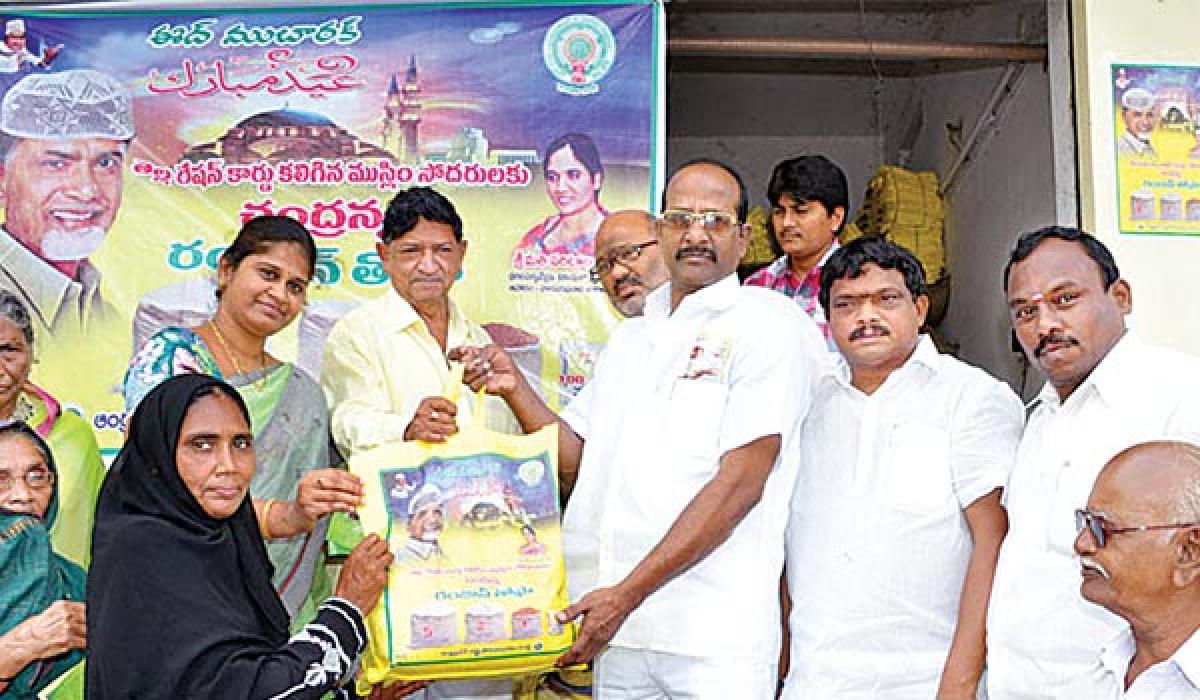 Vuyyuru (Krishna): MLC YVB Rajendra Prasad distributed Chandranna Ramzan tofa to Muslims at a fair price shop in the town on Saturday. Speaking on the occasion, the MLC said the Telugu Desam government which is committed to the welfare of minorities, launched several schemes for their economic uplift.