Governor in Vijayawada for a key meeting with AP CM 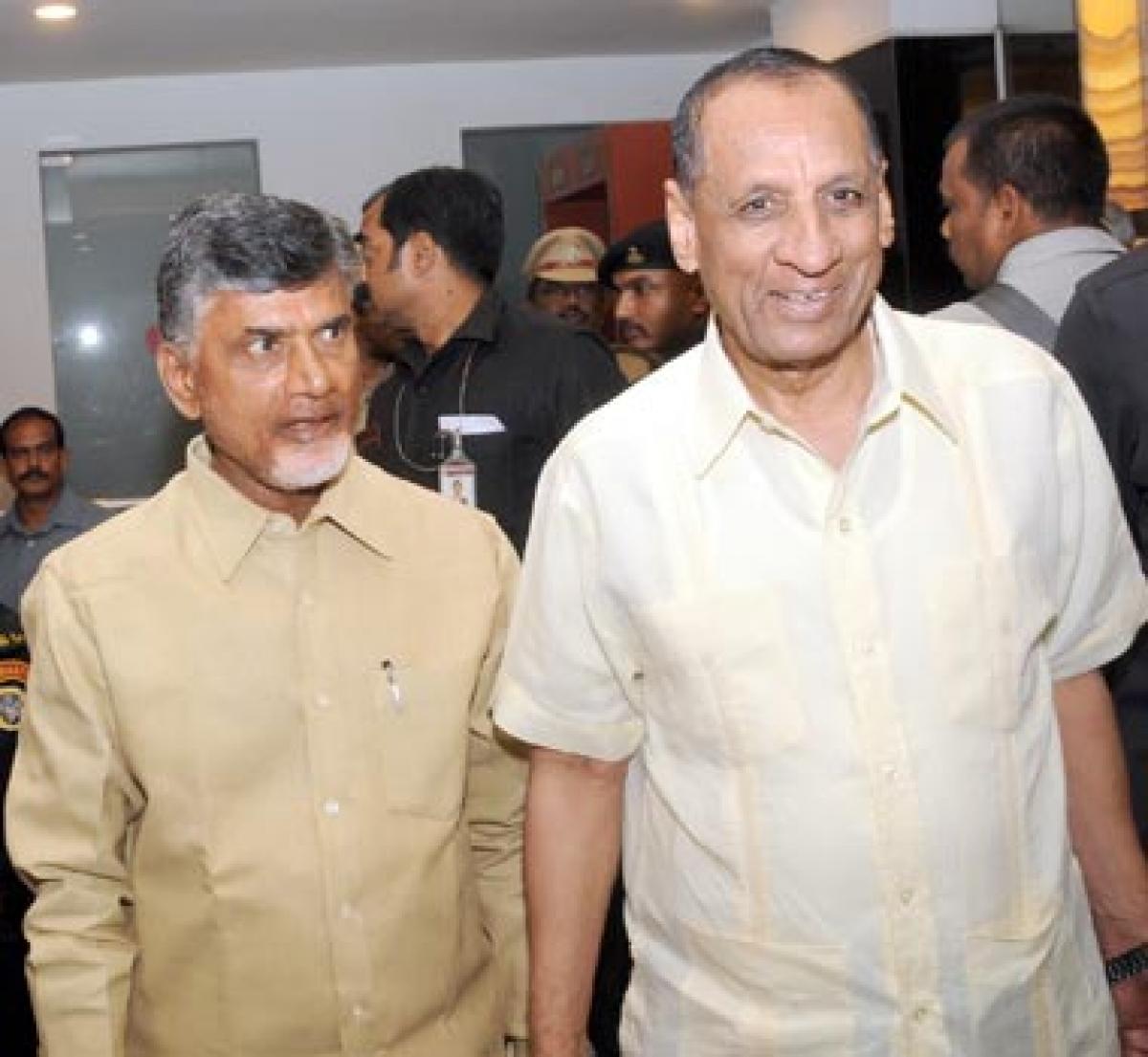 Members of the Bezwada Bar Association also met the Governor in the airport and submitted a representation seeking his intervention to settle the dispute with the Telangana on the High Court bifurcation.

Vijayawada: Governor E S L Narasimhan arrived in the city on Wednesday evening. He had checked into a star hotel on his arrival. The Minister for Agriculture Prathipati Pulla Rao, DGP J V Ramudu and other officials received him at the airport and escorted him to the hotel.

Members of the Bezwada Bar Association also met the Governor in the airport and submitted a representation seeking his intervention to settle the dispute with the Telangana on the High Court bifurcation.

The Governor and the Chief Minister are expected to discuss the issues pertaining to High Court division and the river water sharing dispute between Telangana and Andhra Pradesh.

Though there is pressure from the Telangana government and advocates for division of the High Court, he appears to be not ready at this stage. He had said that the High Court is common for both the States for 10 years and there was no need to divide it at this stage.

With regard to the river water dispute, he is justifying AP stand and had expressed his preparedness to sit with his Telangana counterpart for a dialogue to reach an amicable settlement.

He had further argued that the projects proposed by the Telangana government on Krishna and Godavari were against the Bachawat Award and the conditions laid in the AP Reorganisation Act 2014.

It is to be seen how the key meeting between the Governor and the Chief Minister is expected to find a solution to these two issues.

Meanwhile, the Governor is likely to visit the Kanakadurga Temple atop Indrakeeladri here and will be offering prayers to the presiding deity on Thursday morning. Later, he is expected to leave for Tirupati for darshan of Lord Venkateswara, sources said.