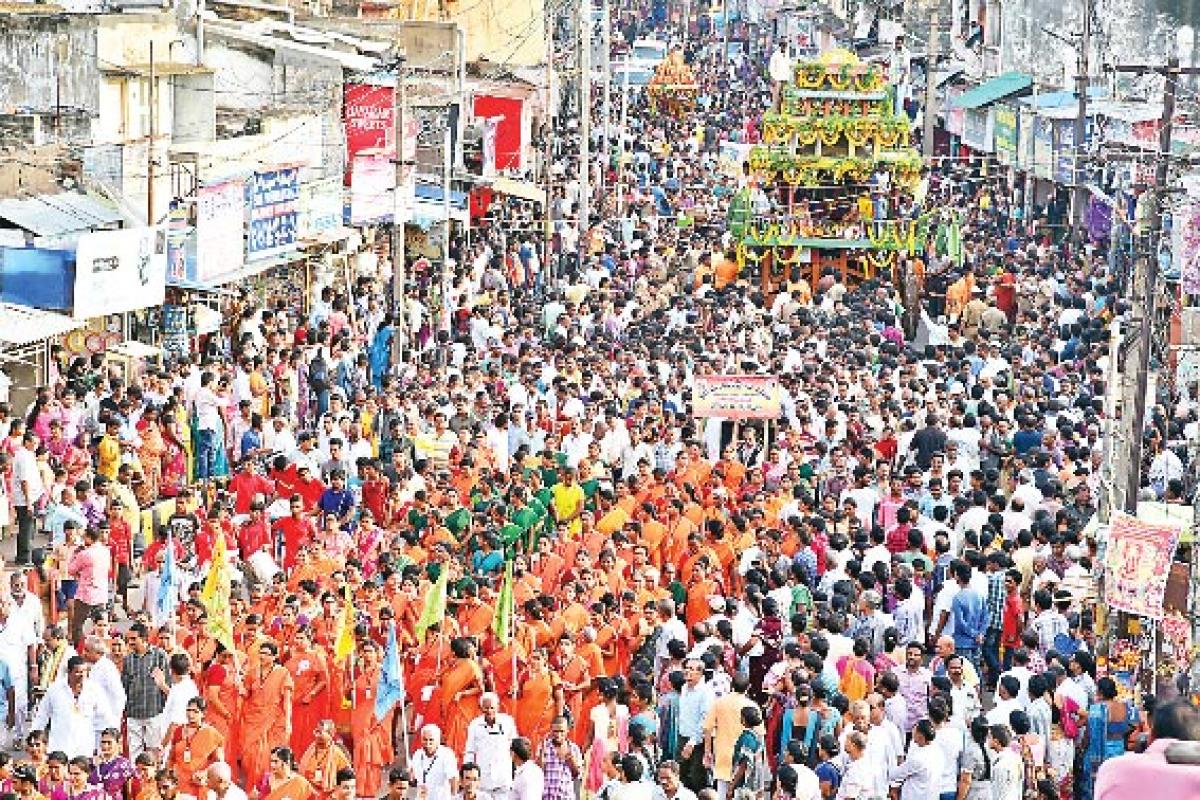 Bobbili (Vizianagaram): Ratha Yatra of Lord Jagannadha Swamy was conducted on a grand manner in Parvathipuram, Balijipeta, Vizianagaram and Bobbili on Wednesday.

A large number of people participated in the rath yatra and offered prayers to Lord Sri Krishna, Subhadra and Balaram. Sujay and his brother performed pooja before starting the procession and they pulled the ratham along with devotees.