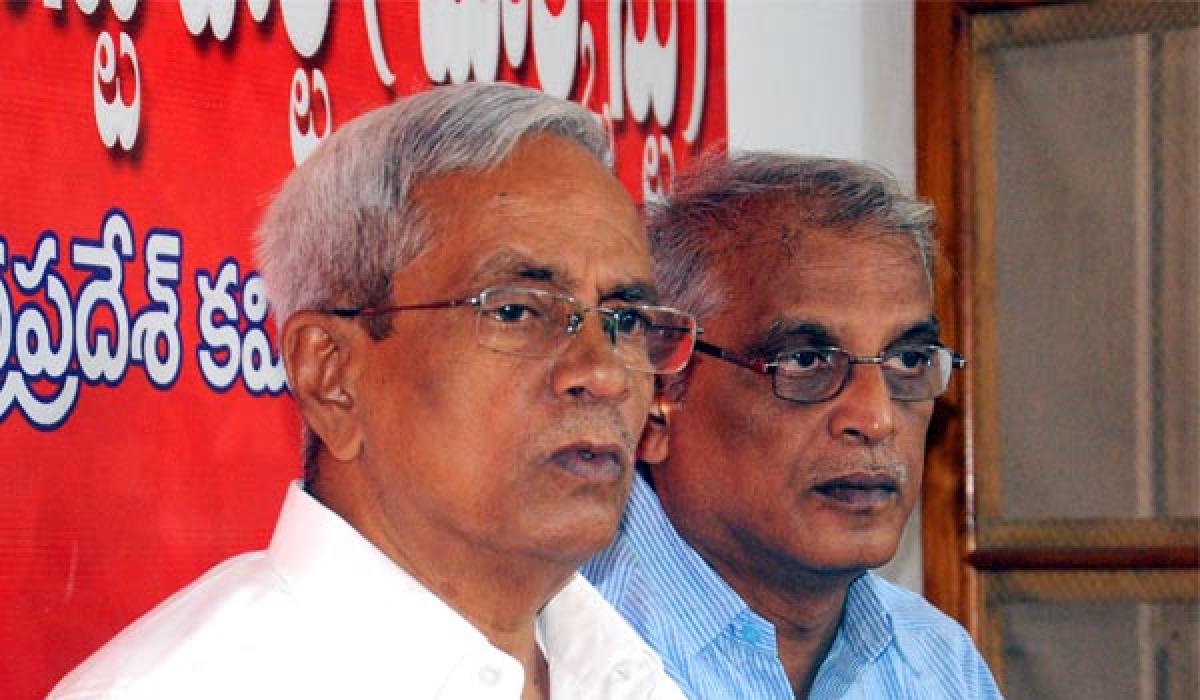 He said that the prices of pulses, diesel, sugar and other essential commodities were rising for last two years, as there were no efforts by governments to bring them down. The party would stage demonstrations across the State between July 11 and July 17.

Vijayawada: The State unit of CPI (M) will launch a week-long agitation from July 11 onwards State-wide protesting the alleged failure of State and Central governments to check the rising prices and unemployment, party State secretary P Madhu said on Wednesday.

He said that the prices of pulses, diesel, sugar and other essential commodities were rising for last two years, as there were no efforts by governments to bring them down. The party would stage demonstrations across the State between July 11 and July 17.

He pointed out that the prices of black gram had increased from Rs 55 a kg to Rs.195 and red gram from Rs 90 to Rs 195 a kg during the two year BJP rule. He also noted that the diesel prices had gone up from Rs 45 to Rs 65 a litre in last two years.
Delinking the control of the government over fixing prices was mainly responsible for rising petrol and diesels prices, he added.

Prices of diesel and petrol are decreasing in the international market but in India they are rising,” he observed. He found fault with the Centre for shutting down public sector undertakings, and increasing the volume of imports of various commodities.

He lashed out at the Narendra Modi government, alleging that as many as 1.35 crore unemployed were added to existing 20 crore jobless youth in last two years. The CPI (M) leader said 2.25 lakh posts were lying vacant in Indian Railways alone, and another 28 lakh jobs were yet to be filled in Central government departments.

Referring to the situation in the State, he said a total number of employees working in various government departments, public sector undertakings, and co-operative sector had decreased from 5, 67,609 in 2013 to 4, 88,485 in 2016.

He alleged that the State government was not willing to fill vacancies in spite of several posts lying vacant. In Endowments department alone, he said the number of employees had dipped from 3,836 employees in 2013 to 962 in 2016. Similarly in co-operative institutions, the number came down to 3,627 in 2013 to 503 in 2016.

He recalled that Chief Minister N Chandrababu Naidu had promised one job for every family before the elections. He said Naidu was now grossly ignoring his own prepoll promise, he alleged.