He stops child marriages, saves children from jaws of death 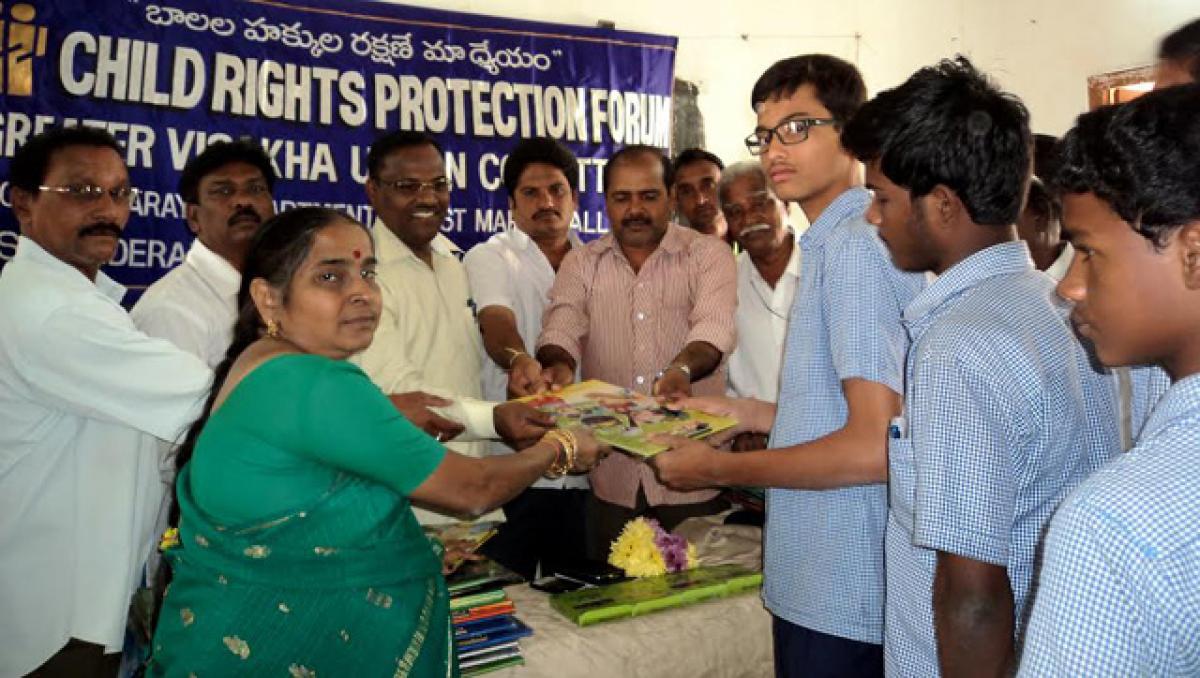 Gondu Sitaram was born in Amadalavalasa in Srikakulam district and after completing his SSC, he moved to Visakhapatnam where he completed his graduation.

Visakhapatnam: Gondu Sitaram was born in Amadalavalasa in Srikakulam district and after completing his SSC, he moved to Visakhapatnam where he completed his graduation. Right from childhood he was moved by the poor children begging in the streets and being exploited by traders who paid them a pittance for daylong work. After completing his graduation, he thought of taking up some voluntary work but never got an opportunity.

He waited till he got a job as a public health worker in Greater Visakhapatnam Municipal Corporation. Sitaram was made the member of Task Force appointed by National Child Labour Project in 2010. Since then, he never looked back. In just two and half years of membership, he alone could rescue 179 children from bonded labour and joined them in residential schools.

There was immense pressure on the Labour Department from the traders to go slow on child labour. But that did not deter me or stop the task force from rescuing the children,’’ Sitaram said. Later, he became city convener for Child Rights Protection Force founded by Shanta Sinha/
While working for the eradicating bonded labour of children, he diverted his attention to another serious social issue - child marriages.

Last year alone he saved 26 minor girls from getting married to elderly men, who were also their relatives. The officials from ICDS, Women and Child Welfare Department and police personnel helped him in rescuing the girls. He not only prevented the marriages, but also convinced their parents to resume the girls’ education which was stopped midway for the marriage.

It is unfortunate that people living in urban areas like Visakhapatnam are still resorting to child marriages to save property which they inherited from their ancestors,’’ Sitaram said. The 42-year-old trade union leader, had also taken up the cases of children suffering from cancer and other terminal diseases. He could convince local MP Dr K Haribabu and MLA Vasupalle Ganesh Kumar to donate a part of their development fund and collected Rs 11 lakh from them and adding Rs 18 lakh more through donations.

He could organise surgery for 11-year-old V Hamsika of Srikakulam, who was suffering from leukemia . The operation was conducted at Christian Medical College Hospital, Vellore. So far he helped seven children by getting them treated for cancer at an early stage, apart from Hamsika.

By visiting government schools, Sitaram realised many poor students were not able to purchase note books. He swung into action and raised funds which helped him in distributing 29,000 notebooks in the beginning of the academic year. His colleagues in the GVMC appreciate him for the service he has been rendering to the poor and needy. But he never neglected his official work, they said.