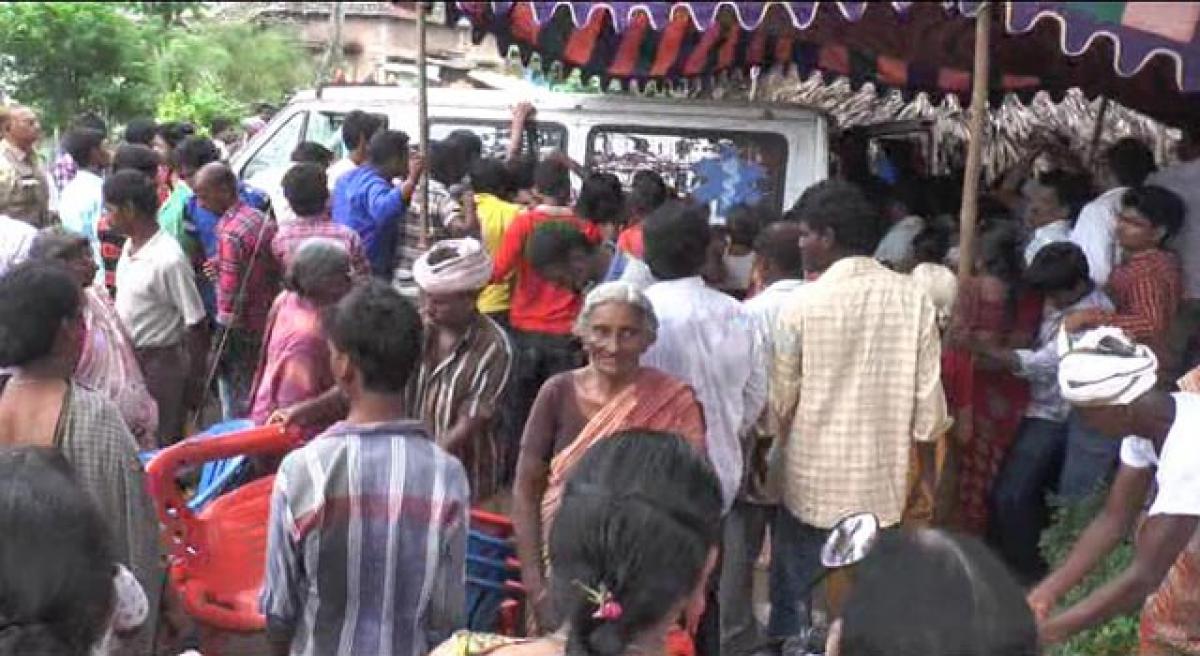 Tension prevailed at Chivatam village in Undrajavaram mandal on Sunday following the protest by villagers over the burial of Geethamma.

​Tanuku: Tension prevailed at Chivatam village in Undrajavaram mandal on Sunday following the protest by villagers over the burial of Geethamma.

The ashram workers dug a pit and buried the body of Geethamma in the cottage constructed by donors. Later, they started flooring work.

On knowing about the burial of Geethamma at the ashram, the villagers demanded that the ashram workers bury the body in a burial ground.

The villagers felt that if the body was buried in the midst of the village it might bring ominous portents. As the ashram workers were reluctant to exhume the body, the villagers staged a protest at the ashram.

Police and revenue officials reached the village and dispersed the mob, and held discussions with the ashram workers. Following police intervention, the ashram workers relented and agreed to bury the body in a burial ground.

Later, the police dug out the body of Geethamma and shifted it to Rajamahendravaram in an ambulance, and buried it in a burial ground there.