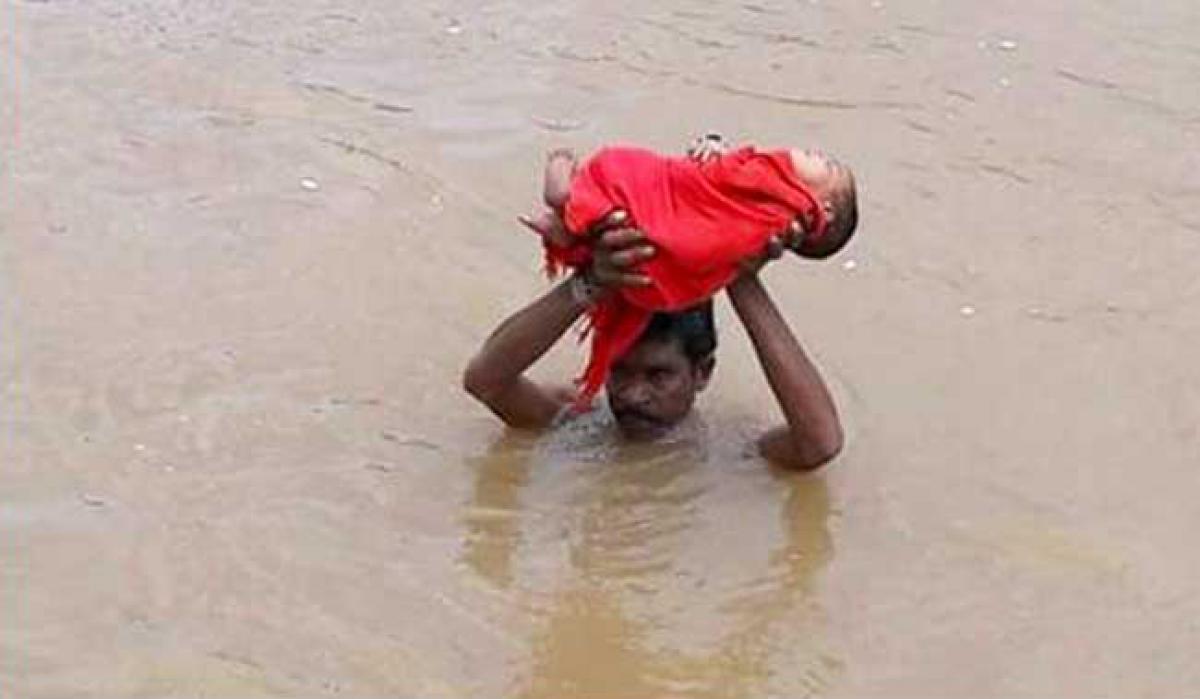 A father was seen carrying his daughter holding her high above his head through water in Andhra Pradesh\'s Visakhapatnam to reach a doctor.

A father was seen carrying his daughter holding her high above his head through water in Andhra Pradesh's Visakhapatnam to reach a doctor.

30-year-old Pangi Satti Babu trekked through about 100 metres of neck-deep water and walk over 5 kilometres to reach the nearest state-run primary health centre to get medical help for his six-month-old daughter who was running a high fever.

Several parts of Visakhapatnam has been submerged in water due to the heavy downpour.

A photo of Satti Babu wading through water was taken by activist Srinivas Ganjivarapu and shared on Facebook which has gone viral highlighting the inaccessibility to healthcare even in an emergency. The baby is now recovering after being medically treated.

The post has also garnered a lot of attention for it mirrors the shot from SS Rajamouli's Baahubali poster that shows actress Ramya Krishna holding a baby above swirling water.