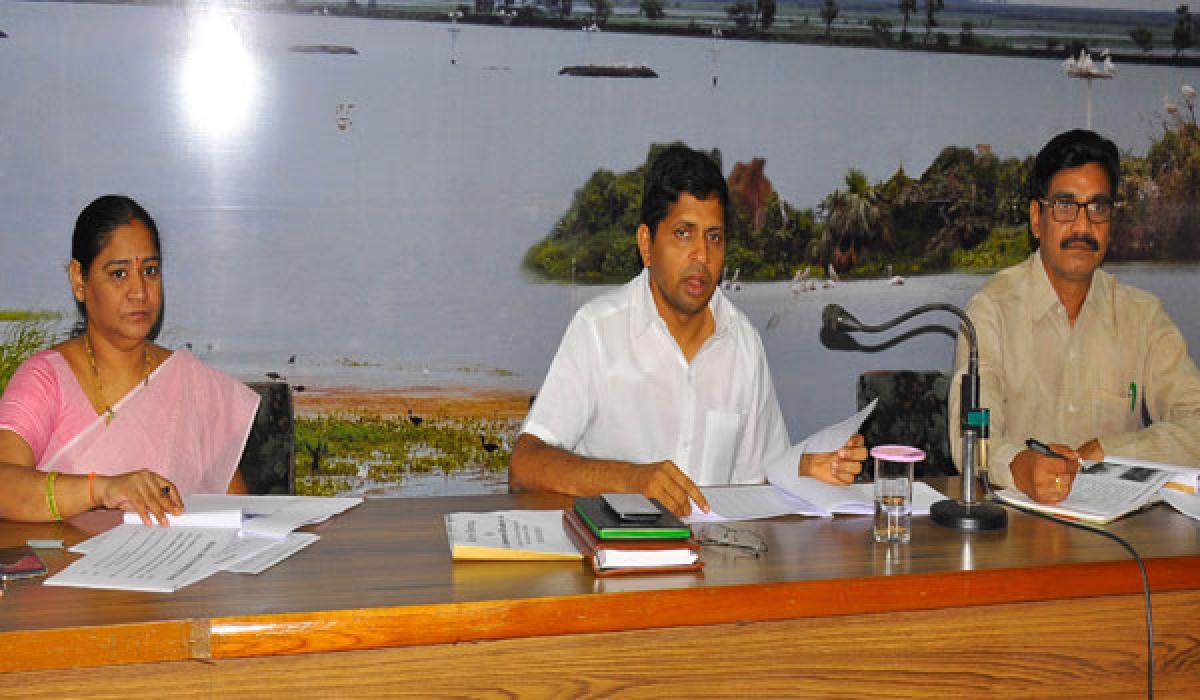 West Godavari District Collector K Bhaskar directed educational officials to conduct sports meets from this academic year in all Government schools compulsorily in the district. He reviewed the education department progress at a review meeting held in Collectorate on Thursday.

Eluru: West Godavari District Collector K Bhaskar directed educational officials to conduct sports meets from this academic year in all Government schools compulsorily in the district. He reviewed the education department progress at a review meeting held in Collectorate on Thursday.

Speaking at the meeting the Collector said the Schools reopening is due on June 12 and the educational officials should prepare the sports plans for all the schools from now onwards and implement it strictly. He directed them to conduct the sports meets on August 15, October 2 and January 26 without fail and the winners should be awarded on the concluding day. Likewise, the officials should conduct annual sports meet in every school in the first week of March or February month ending next year.

He said that walking track will be constructed in 600 schools and the track construction will be taken up in the identified government schools under National Rural Employment Guarantee Scheme (NREGS). He said that the walkers and people may use these walking tracks in the morning and evening. Walkers associations will be established at school level and maintenance of the track will be handed over to them.

Special sports courts will also be taken up in the schools, he directed.He directed the officials to supply the two pairs of uniform to the students by June 12 and necessary textbooks also. Expressing his anger over the officials, the collector said that the uniform has been received only for seven mandals, even while repeatedly reminding them over the last four months directing to supply text books and uniform to the students.

The collector reaffirmed that he is against learning by rote of the students for getting higher pass percentage. “If we do that, how can the student gain knowledge? I don't care how many passed the examinations. The students should have knowledge. If we support copying to pass a below normal student, his life becomes chaos.” he stated. DEO RS Ganga Bhavani, Sarva Siksha Abhiyan PO K Brahmananda Reddy and others participated.