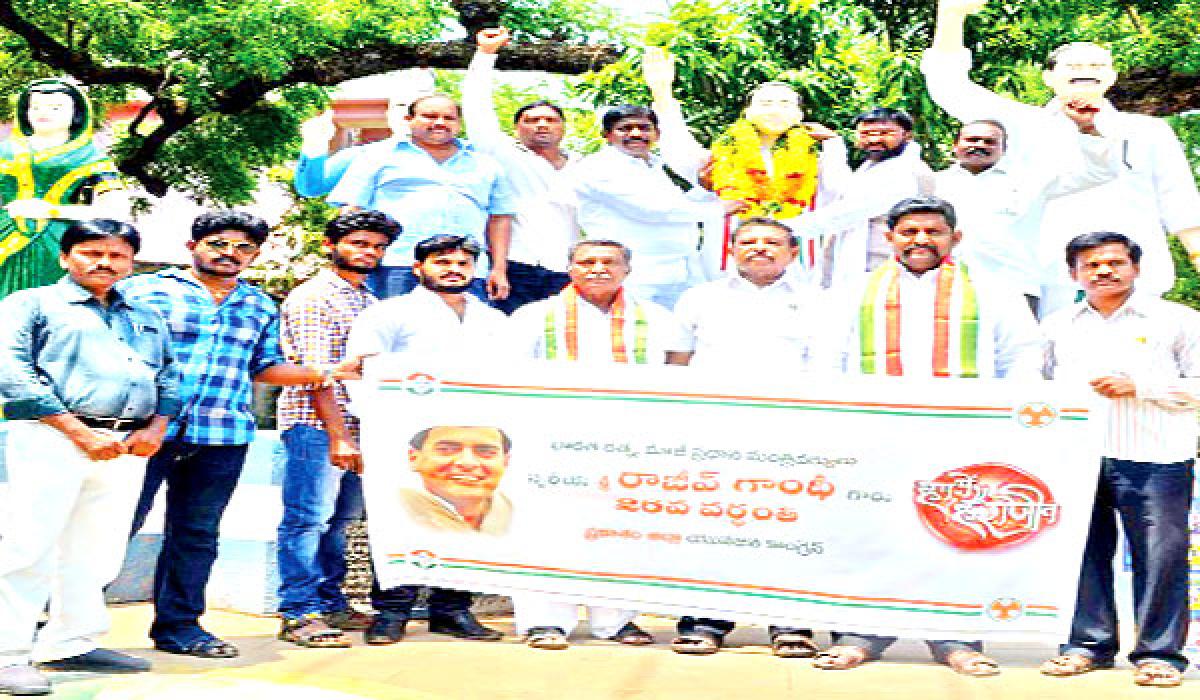 Raj Vimal said that Rajiv Gandhi had introduced a technical revolution in the country. He said, “Rajiv Gandhi had brought the telephone once limited to the living rooms of elite to roadside booths for the convenience of the common man. He played a key role in bringing IT industry to India and we are enjoying its fruits now.

He was instrumental in developing the IT industry by encouraging youth to take part in the scientific and technical revolution and provided a large number of opportunities for them. District SC Cell chairman Vema Srinivasa Rao, party town president Sripati Prakasam, district party official spokesperson Boddu Satish, Gade Lakshma Reddy and others also participated in the programme.