TDP to use IVRS for city chief selection 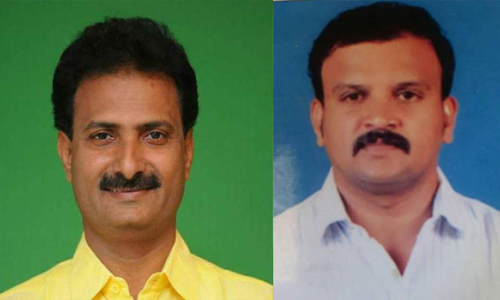 The Telugu Desam Party (TDP) is going hi-tech even in organisational elections where it could not complete the election unanimously. In Tirupati also, the process was initiated already to decide the TDP city president and general secretary for which the contest became inevitable

Two candidates have entered the fray for city presidentship. Dampuri Bhaskar Yadav has already served as the party city president for two consecutive terms. He is seeking a third term with the backing of MLA M Suguna and her followers. Another group consisting of the TDP state organisational secretary G Narasimha Yadav, Tirupati Cooperative Town Bank president Puligoru Muralikrishna Reddy and other leaders were supporting Tummala Gunasekhar Naidu, who is at present the general secretary of the party city unit.

Party leaders and observers have tried to choose the president with consensus but could not do so. They held several rounds of discussions with Gunasekhar Naidu persuading him to withdraw his candidature. But, he expressed his strong desire to become the president and said that he is the serious contender. They tried to conduct election for a couple of times but failed.

The cadre told to press number three if they want Dampuri Bhaskar Yadav as president or five if they want Tummala Gunasekhar Naidu. Similarly, two candidates are in the fray for general secretary post Mahesh Yadav is having support of Narasimha Yadav group while Mannem Sreenivasulu is supported by MLA group. For this post also, party leaders have failed to bring consensus between the two. Now, the IVRS method is being used to select the candidate for the general secretary post too.

Those who wish Mahesh Yadav as general secretary have to press three, while for Mannem Sreenivasulu one has to press seven. Who gets highest number votes through IVRS, will be declared winner by the party central leadership.The candidates on their part are doing extensive campaign by calling the cadre and seeking their support. The cadre was being urged by the candidates to vote for them only in IVRS. They are making use of WhatsApp for their publicity. Speaking to The Hans India, the party district president and MLC Gounivari Srinivasulu said that party district committee will be elected on May 22. Before that the elections will be completed at every place and there would be no problem.