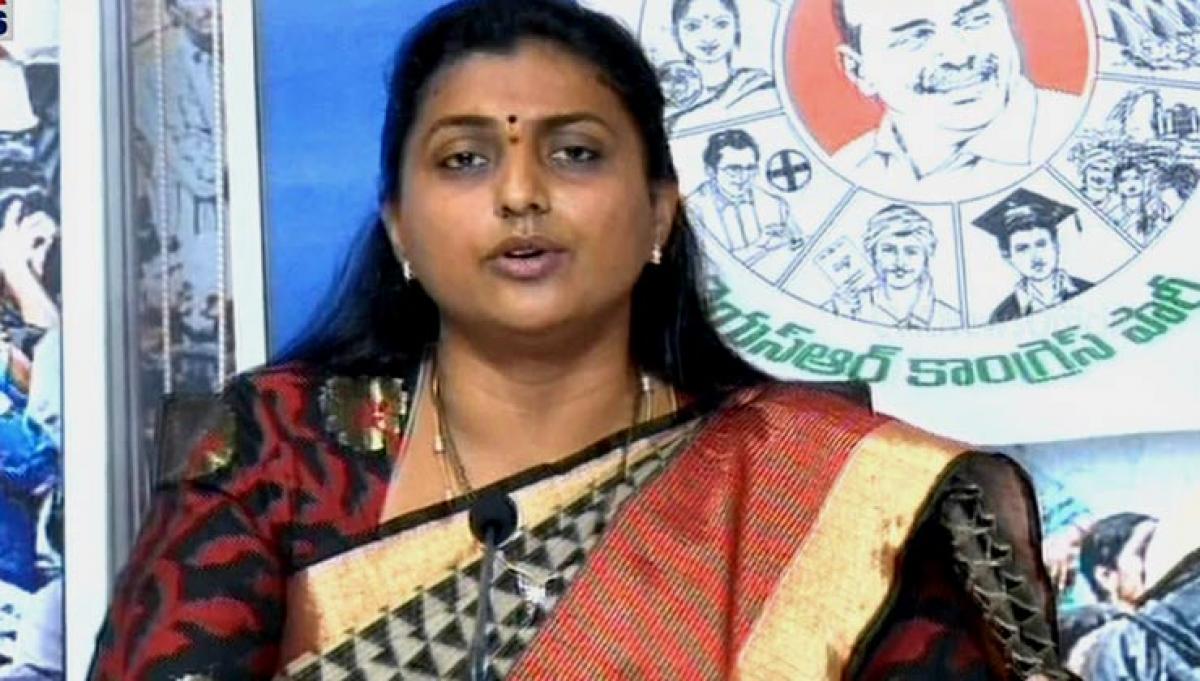 YSR Congress party MLA Roja on Sunday made some serious allegations against the TDP party and Chief Minister Chandrababu Naidu.

YSR Congress party MLA Roja on Sunday made some serious allegations against the TDP party and Chief Minister Chandrababu Naidu.

Alleging that Pattikonda YSRCP in-charge Narayana Reddy was killed by TDP activists with the support of Chandrababu, Roja lashed out at the state government for failing to provide security to Narayana Reddy even after a written letter was given to the DGP regarding the life threats the latter had been facing from the rivals.

The YSRCP MLA suspected the role of Deputy Chief Minister K Krishnamurthy and his brothers in the murder of Narayana Reddy and held the TDP leaders responsible for his death as they were unable to digest his popularity.