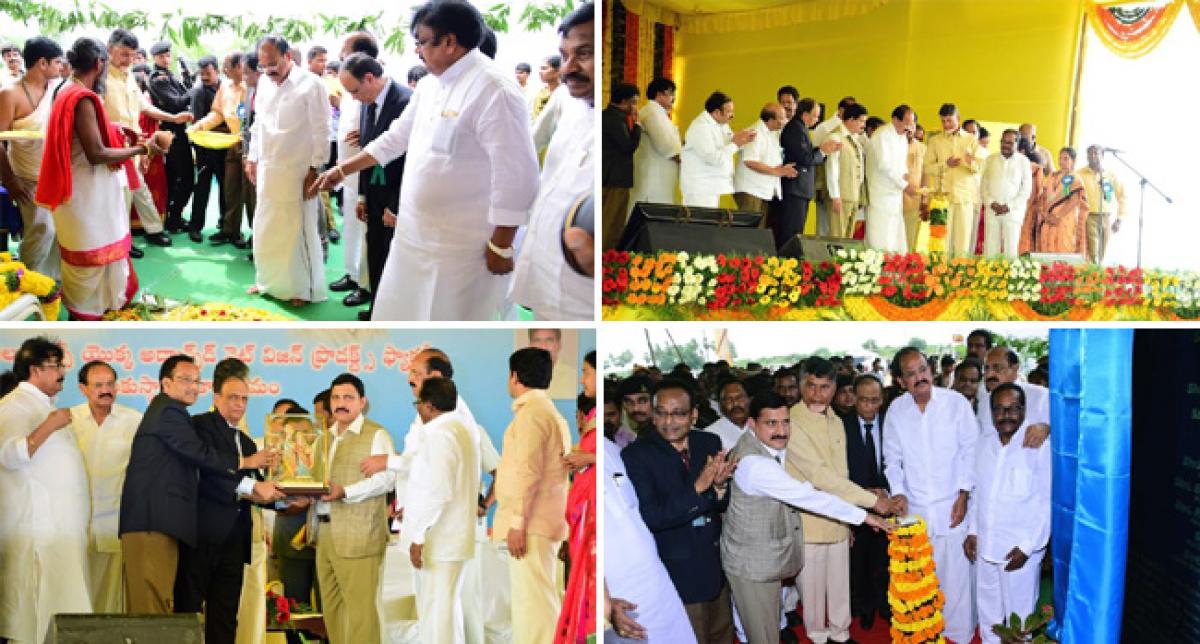 BEL is setting up an Advanced Night Vision Products Factory at Nimmaluru village, near Machilipatnam in Krishna district of Andhra Pradesh.

BEL is setting up an Advanced Night Vision Products Factory at Nimmaluru village, near Machilipatnam in Krishna district of Andhra Pradesh.

It will be the largest such facility in the country once it is commissioned, covering an area of over 50 acres. Mr M Venkaiah Naidu, Union Minister for Urban Development, Housing and Urban Poverty Alleviation, Information and Broadcasting, laid the foundation stone for this facility on September 19, 2016, in the august presence of Mr N Chandrababu Naidu, Chief Minister of Andhra Pradesh, Mr Y S Chowdhary, Union Minister of State for Science & Technology & Earth Sciences, Mr S K Sharma, CMD, and other distinguished guests.

Mr S K Sharma, CMD, said: “BEL has been continuously engaged in the design, development and manufacturing of Electro Optics equipment and night vision products for Defence and Paramilitary Forces. The new facility has been planned now to establish a state-of-the-art factory to cater to the futuristic requirements for night vision products.”

In order to support the Government of India’s initiatives such as Make in India, BEL is extending its support to start-up companies and MSMEs through procurement of specific items from them.

CMD added: “To achieve self-reliance in Defence, there is a need for establishing world-class manufacturing facilities. BEL has maintained a consistent policy of R&D investments and has also launched various new facilities. BEL is coming up with a modern Defence Systems Integration Complex at Palasamudram in Ananthapur District of Andhra Pradesh to give further thrust to indigenous development and production of future Defence systems.”

The Advanced Night Vision Products Factory at Nimmaluru will enable BEL to expand its Electro-Optics business and carry out manufacturing and integration for the ongoing and upcoming projects. It will have state-of-the-art technology and infrastructure such as modern optics workshops, clean rooms of the highest standards, facility for Thin Film coating with higher durability and other modern SPDT and CNC Machines.

The new facility is about 16 km from the existing Unit of BEL at Machilipatnam. It will be built in stages and the estimated investment will be about Rs.300 crores over four years’ period. As part of diversification and business growth, BEL is looking for major expansion into High-end Image Intensifier Tubes and Thermal Imaging detectors for Night Vision Products, Inertial Navigation Systems, Electronic Ammunition Fuses, Air Traffic Management Radars, Intelligent Traffic Management Systems and Solar Power Plants.