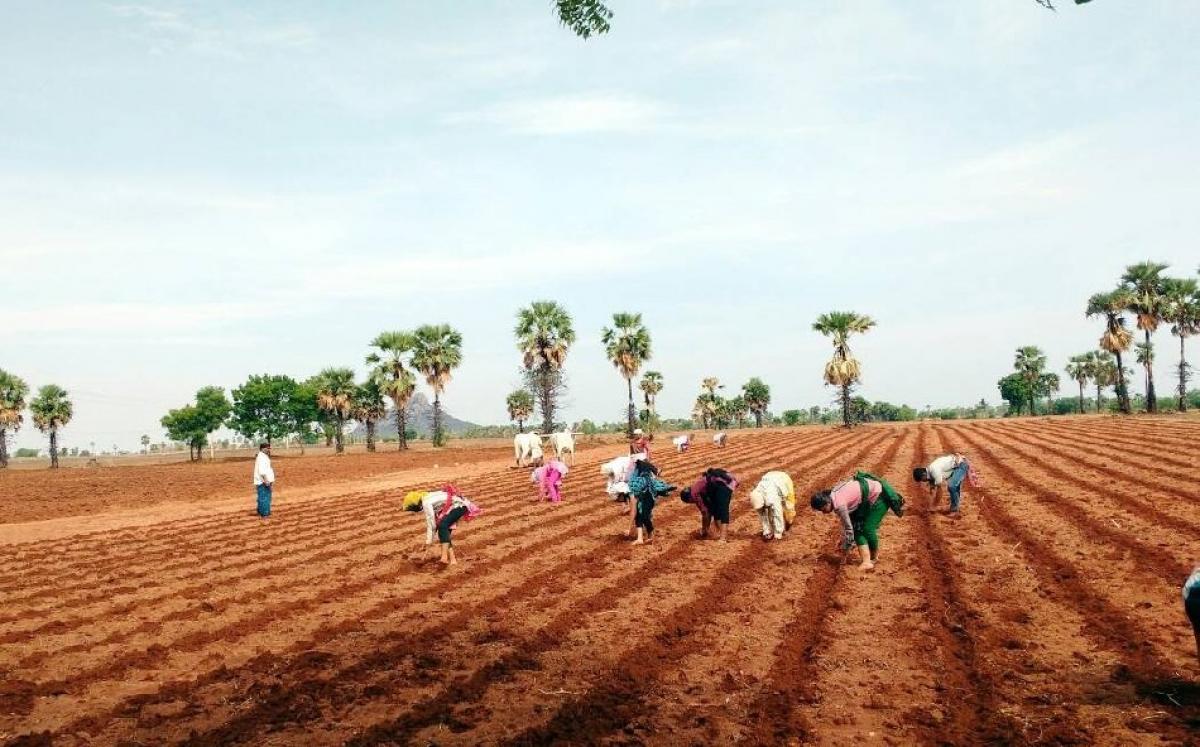 Farmers have \"voluntarily offered\" about 90 per cent of the 38,581 acre land required for Andhra Pradeshs new capital at Amravati under the pooling system, a state government official said.

Farmers have "voluntarily offered" about 90 per cent of the 38,581 acre land required for Andhra Pradesh's new capital at Amaravati under the pooling system, a state government official said.

The central government think tank NITI Aayog has lauded the land pooling method as a "model to the nation" in land acquisition.

Rao said the Land Pooling Scheme (LPS), evolved by the state, is the assembling of small land parcels under different ownerships voluntarily into a large land parcel.

Andhra Pradesh Capital Region Development Authority (APCRDA), formulated for planning, co-ordination, execution and promoting and securing the planned development of the capital region, ensures return of reconstituted land and payment of benefits to the land owners per every acre voluntarily handed over, he said.

Elaborating, he said for every acre of patta land 1,000 sq yards of residential plots and 450 sq yards of commercial plots for semi urban lands will be returned to land owners.

The benefits include one time additional payment of up to Rs 1 lakh for gardens like lime, sapota, guava, amla and jasmine and up to Rs 1.50 lakh agriculture loan waiver for each family.

Providing details of the infrastructure work, the official said the first ever construction work for seat of administration has been started in the capital city area near village Velagapudi and the project includes government complexes on 45 acres including Chief Ministers office.

Five buildings, he said have been completed in seven months with a capacity to accommodate 500 staff.

Stressing that roads occupy the trunk infrastructural facility, he said access road for 18.30 km is under progress while seven road contracts are in progress and are likely to be completed by February 2018.

The official said the government has alloted 996 acres of land to a dozen institutions to set up educational, health and other bodies at a projected cost of Rs 17,808 crore.

These projects are aimed at creating 32,726 jobs and the and the 12 institutions to come up will involve government as well as private bodies and include Rs 7,100 crore projects from VIT University and SRM University.

Besides, Amrita University and Indo-UK Institute of Health have been alloted land at a cost of Rs 3,200 crore.

Last month, the Andhra Pradesh government had inked a pact with Singapore for developing 6.84 km at capital Amaravati as startup area in phases.