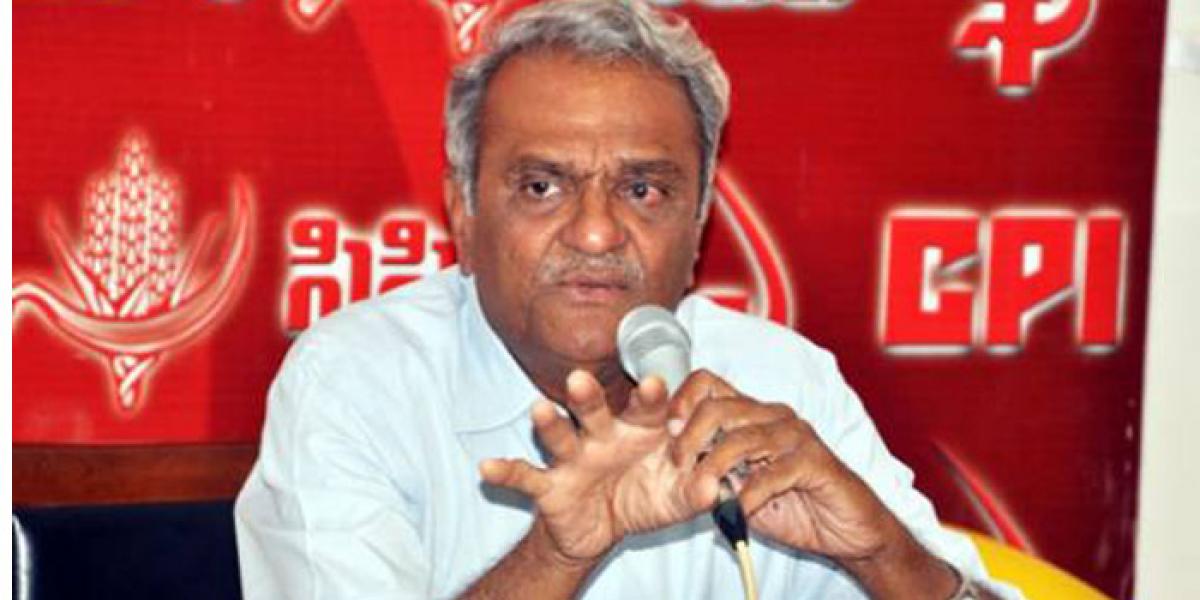 CPI Leader and National president Narayana on Sunday took up protests over the Visakhapatnam land scam.

CPI Leader and National president Narayana on Sunday took up protests over the Visakhapatnam land scam.

However, he suffered injuries during the protes. According to reports, the CPI leaders and few others had tried to hit the fencing wall of occupied lands at Kommadi but in turn suffered injuries.

Narayana's leg was injured and started bleeding following which he was rushed to Gayatri Hospital in Kommadi for treatment.

The CPI party has been fighting against the land mafia since a very long time and as a part of a protest, the party leader Narayana visited Kommadi to see the occupied lands.