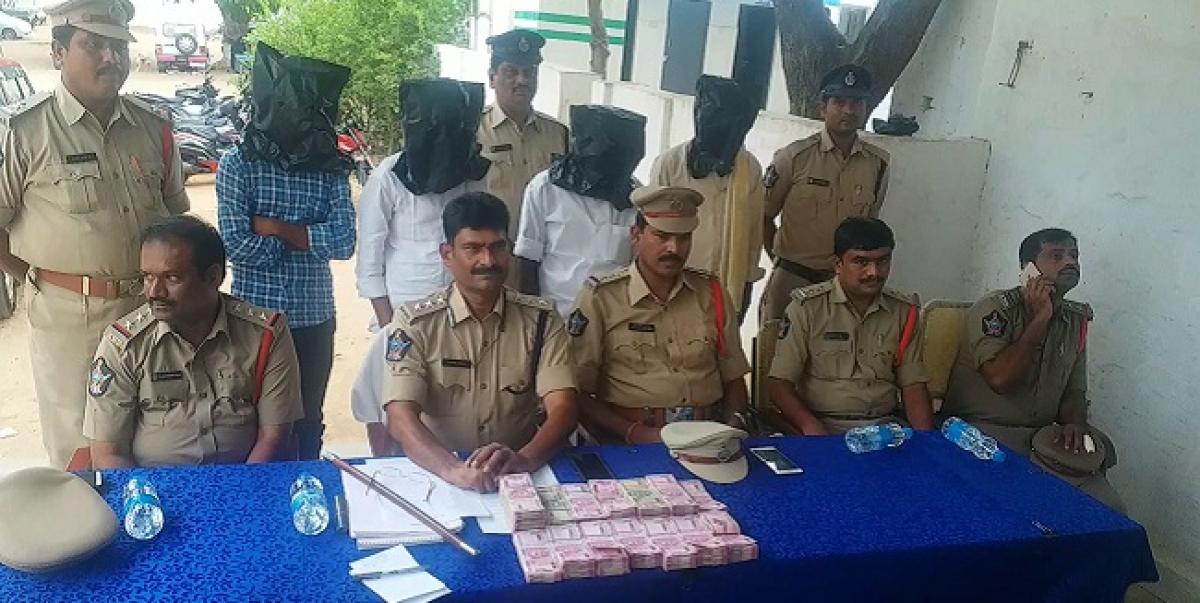 Making false registrations by illegally occupying empty lands commonly seen every where. But interestingly Rayachoti police have arrested a four member gang on the charges of selling land of a deceased person by impersonation.

Pulivendula DSP Nagaraju narrated this interesting incident during press conference at Rayachoti town on Sunday. Accoring to him A.Chandraiah Chowdary of Rayachoti town had purchased 26 cents of land in survey no 565/1, 563/2, 564 at Kurnool-Chittor national high way through mediator called M.Ramanaiah naidu of Rayachoti town. in 2007. He died in in 2009 later his wife Subbamma also in 2016. Their sons who were settled in abroad neglected in pursuing the property owned by their father in the Rayachoti town as their were in busy of their professions.

This was taken as an opportunity the mediator Ramanaiah naidu hatched conspiracy along with four friends like Thoushik Basha, Imtyaz, and Pridhvi an employee of local registrar office to grab the land owned by late Chandraiah naidu. In this connection they have created false documents and sold the property to the others for Rs 55lakhs by presenting one person who had reportedly having same resemblance of late Chandraiah naidu before the registrar recently.

However Chandraiah naidu sons got the information as they lodged complaint with the police as they arrested four member gang indulged in the crime and recovered Rs 42.50lakhs from them. The DSP said another two persons who were indulged the same crime one was dead while another one fled.