Volvo’s car show with AP artist. Automobile manufacturer Volvo has tied up with Ramesh Gorjala from Tirupati and major artists in Telangana to turn one of its cars into a masterpiece.

For the first time in India five eminent artists from the State will display their art work on a brand new Volvo XC60 which will later be auctioned in Europe. The works are expected to completed in two months and proceeds from the auction will go for charity

Automobile manufacturer Volvo has tied up with Ramesh Gorjala from Tirupati and major artists in Telangana to turn one of its cars into a masterpiece. Five eminent Telangana artists Jagadish Chinthala, Laxman Aelay, Sachin Jaltare, Chippa Sudhakar and L Saraswati along with Ramesh Gorjala will paint their imagination on a brand new XC60. The Rs 80 lakh car will then be auctioned in Europe later this year. 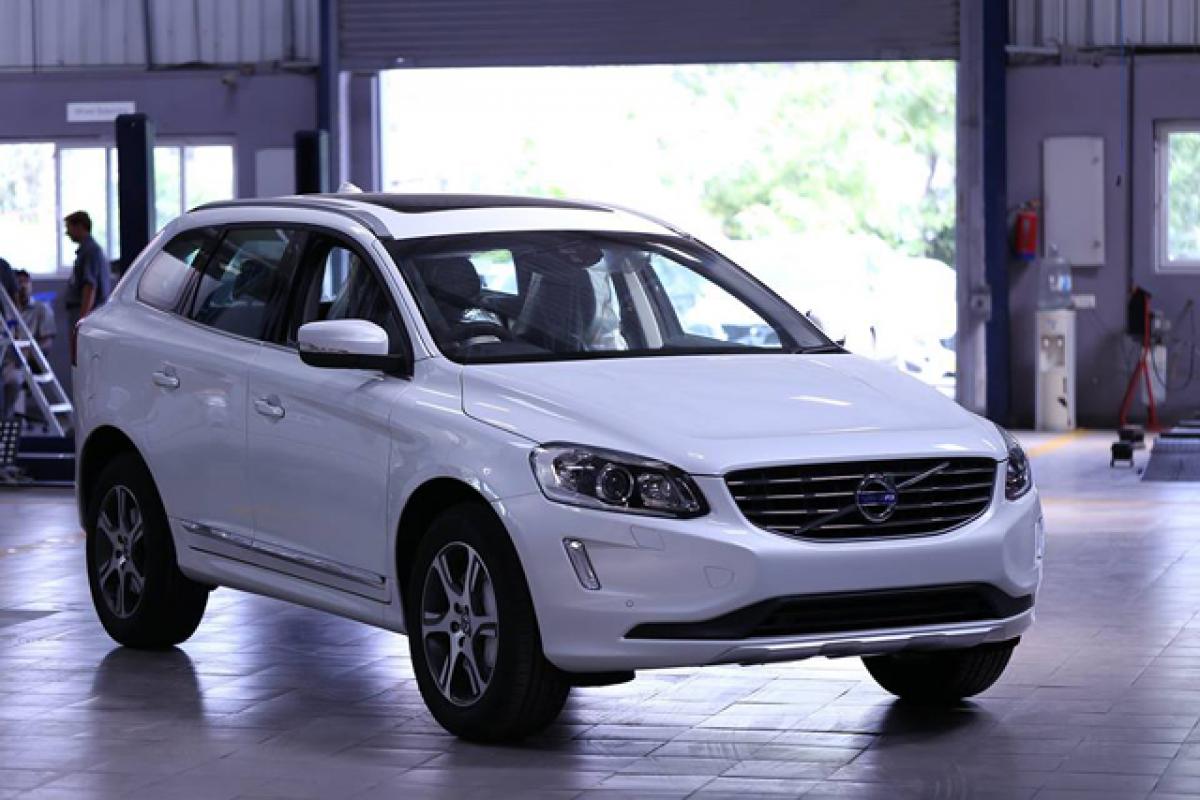 This is a first-of-its-kind art project in India which involves these many artists. The entire project is monitored and executed by Kaali Sudheer who is the curator of Muse Art Gallery. Talwar Motors director Saket Talwar is driving the project from the brand’s end.

“Parts of the XC60 like four doors, a roof, bonnet and boot door have been given to all the artists. They will carry out their art work for about two months using a special paint called ducu. The final product will then be given finishing touches by another well-known artist whom we are yet to finalise,” explains Sudheer.

Elaborating on the concept, Sudheer says, “The artists who work on the car are called as cartists. Though the concept of an ‘art car’ is popular in the West, this is the first time in India that such an effort is being undertaken and that too on a brand new car.

Saket who owns a Volvo showroom, was the driving force behind the idea. The advantage of this concept is that the artists’ works will be displayed internationally which will give them exposure. The car which will then be auctioned and the proceeds will go for charity.”

“Two months have been given to the artists. They will hand over the parts to us by end of July and then the entire car will be ready by September. The automobile will then be put on display in the city before it is auctioned,” he added.

"Internationally Volvo has been incorporating art in showrooms, workshops and cars. An art car community began to cohere in the 1990s, inspired by movies and books with a wide underground following, and the development of innovative art display venues such as Burning Man event in San Francisco.

One of the main forces behind this is filmmaker and art car artist Harrod Blank, who created the art car documentaries ‘Wild Wheels’ (1992), ‘Driving The Dream’ (1998) and ‘Automorphosis’ (2009).