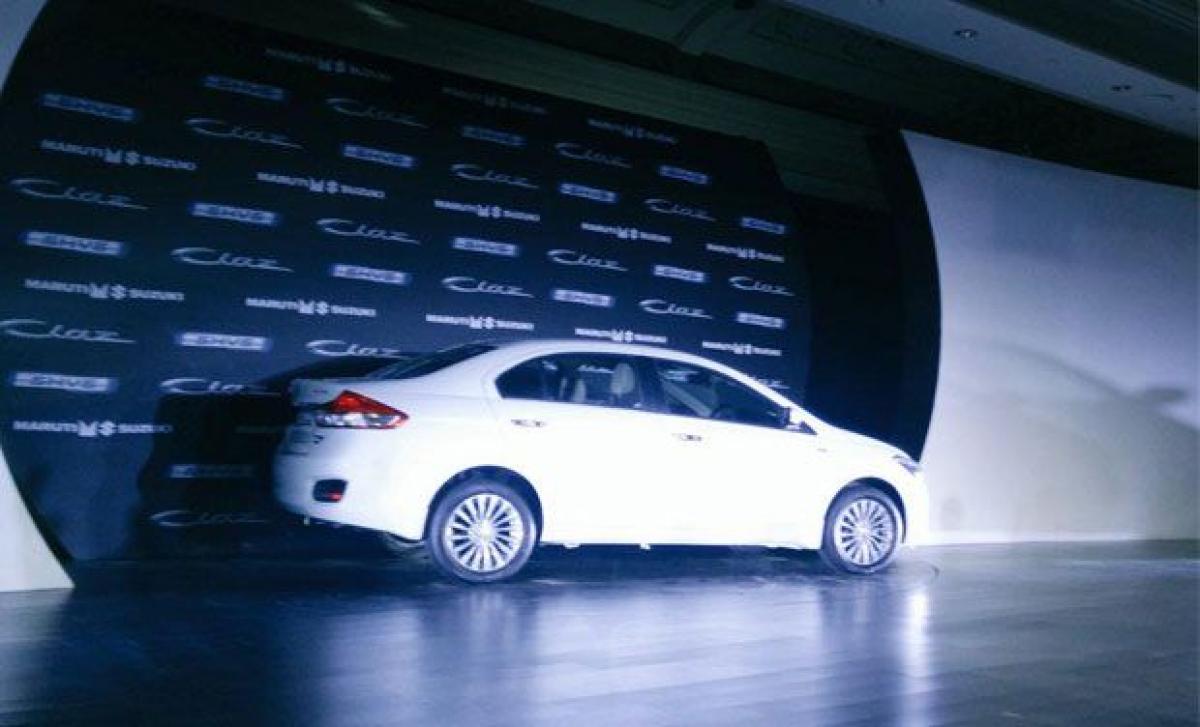 The model, Ciaz SHVS will be available only in the diesel version that is powered by a 1.3 litre engine. It uses a starter generator and an advanced high capacity battery that stores energy generated while decelerating or braking and uses it to power an electric motor during acceleration thereby helping in enhanced fuel efficiency.

"Through Ciaz Smart Hybrid, we are deploying technology to benefit customers and the environment. The vehicle is also special because it helps us participate in India's vision of promoting hybrid and electric vehicles," MSI Managing Director and CEO Kenichi Ayukawa told reporters here. As per the company, the car would offer a fuel efficiency of 28.09 km/litre. "With smart hybrid, Ciaz has gained the top slot in fuel efficiency... of 28.09 km per litre, and is now the country's most fuel efficient car," Ayukawa said.
In October, the company had launched Ciaz in both petrol and diesel options. The latter variant has been discontinued to be replaced by the hybrid version. The company will continue to sell the petrol version. At present the petrol variant is available in a range of Rs 7.23 lakh to Rs 9.64 lakh.
The company's move to launch Ciaz SHVS comes in the wake of the government launching FAME India scheme in April to promote eco-friendly vehicles that envisages to provide Rs 795 crore support till 2020 for the manufacturing and sale of electric and hybrid vehicles.
The scheme offers incentives to electric and hybrid vehicles -- from two-wheeler to buses -- in the range of Rs 1,800 to Rs 66 lakh. In four-wheelers, incentives range from Rs 13,000 to Rs 1.38 lakh. By virtue of being in the hybrid category, the Ciaz SHVS will get reduced excise benefit of 12.5 per cent instead of 24 per cent on the normal version.
Moreover, it will also get Rs 13,000 benefit under the FAME scheme. "By offering support through the FAME programme, the government has ensured that hybrid technology, being clean and customer friendly, also becomes more attractive and accessible," Ayukawa added.
At present, Toyota's Prius and Camry Hybrid priced at a range of Rs 31.92 lakh and Rs 39.80 lakh (ex-showroom Delhi) are full range hybrids available in the Indian market. MSI and its vendors invested Rs 620 crore on development of the original Ciaz. The company has been able to achieve localisation content of 98 per cent for Ciaz.
Show Full Article
Email ArticlePrint Article
More On