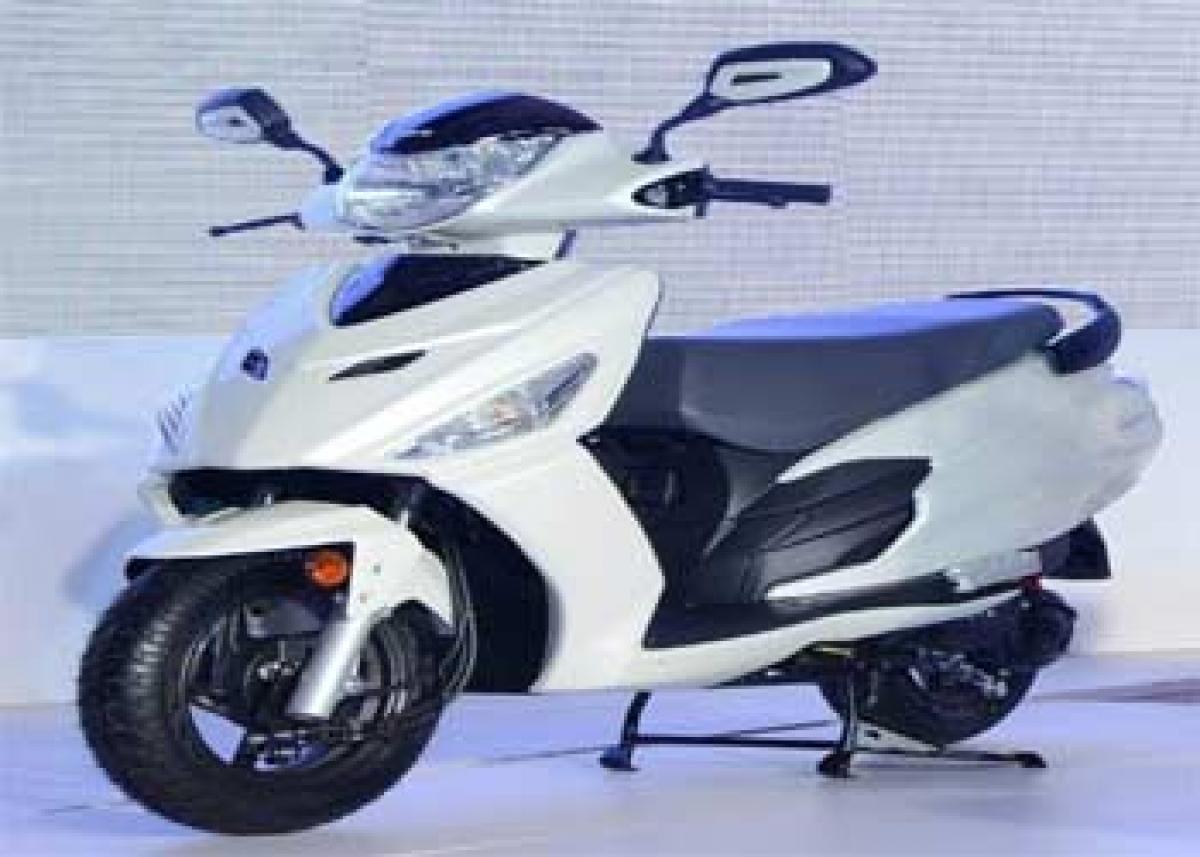 Hero MotoCorp is set to expand its scooter portfolio and will launch two new scooter offerings on September 29th. Hero will ride in the new Duet and Maestro Edge scooters for the Indian market. Both the scooters will be important products for Hero as it had seen a number of new scooters but sadly none have been launched till now.

With the scooter segment showcasing tremendous growth, Hero will be banking on the new Duet and Maestro Edge to improve its sales figure with the festive season approaching. The Hero Maestro Edge has undergone both cosmetic and mechanical changes. The front fascia has been completely redesigned to give it a more rakish and sporty design language.

The creases on the mudguard and front fascia look premium. The instrument cluster is a redesigned part-digital while it features a LED tail lamp unit. Another new addition is the stubby exhaust muffler, alloy wheels and 3D badge on the rear panel. It was expected that Hero will debut the new 125cc motor in the Maestro Edge but that isn’t to be and it will feature a new 110cc scooter.

The new motor has been developed by AVL for Hero and the air-cooled unit churns out 8.4PS and 8.3Nm of peak torque while power output is marginally higher than the older Honda unit torque figure is lower. Fuel efficiency numbers haven’t been announced but expect it to be in the range of 55-60kmpl (claimed figure). Another notable addition is the telescopic front forks which should help the Hero Maestro Edge deliver good ride quality.

Braking is done by drum brakes at both the ends while Integrate Braking System will be standard. Talking about features, the Hero Maestro Edge gets tubeless tyres, 12-inch alloy wheels, engine immobilizer and optional mobile charging unit and under seat lamp. The Hero Maestro Edge is expected to carry a sticker price of around Rs 53,000.