New-Gen Toyota Innova to be unveiled on November 23 New-Gen Toyota Innova to be unveiled on November 23. Toyota is all set to unveil the latest generation of its popular MPV, the Innova and the vehicle has been caught testing many times in camouflage in 2015 alone.

Toyota is all set to unveil the latest generation of its popular MPV, the Innova and the vehicle has been caught testing many times in camouflage in 2015 alone. Toyota is tight-lipped over the date of the global unveil. The launch of the new-gen Innova will be in Indonesia on November 23, which is likely to be the platform for the global unveil as well. 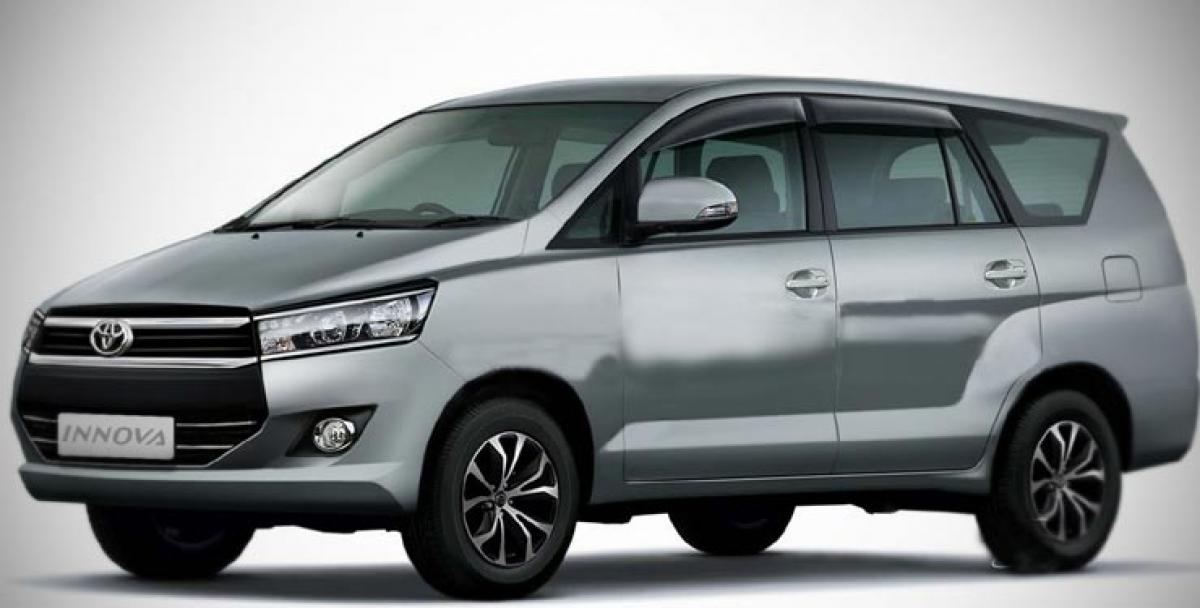 The new Innova will be based on the platform IMV (Innovative International Multi-purpose Vehicle). The report further explains the new Innova will have a Q variant as top-of-the-line trim. The new-gen Innova will also boast of anti-lock braking system (ABS), dual air bags, three-point seatbelts for seven passengers, shark fin antenna and a middle seat Isofix as standard.

Under the hood, the new Innova is expected to include 2.4 or 2.5-litre diesel engines with six-speed manual and automatic transmissions. The re-styled front end will feature bigger grille and tweaked front and rear bumpers. Additionally, the popular MPV in new avatar will sport projector headlamps that have LED daytime running lights and fog lights.

The interior of the new Toyota Innova is expected to get features such as dual-tone interior and updated steering wheel. In terms of entertainment, the car will be equipped with a touchscreen head unit. When launched in India, the Innova will rival Honda Mobilio, Renault Lodgy and Nissan Evalia. The 2016 Toyota Innova is expected to be priced around Rs 1lakh to Rs 1.5 lakh more than the current model.