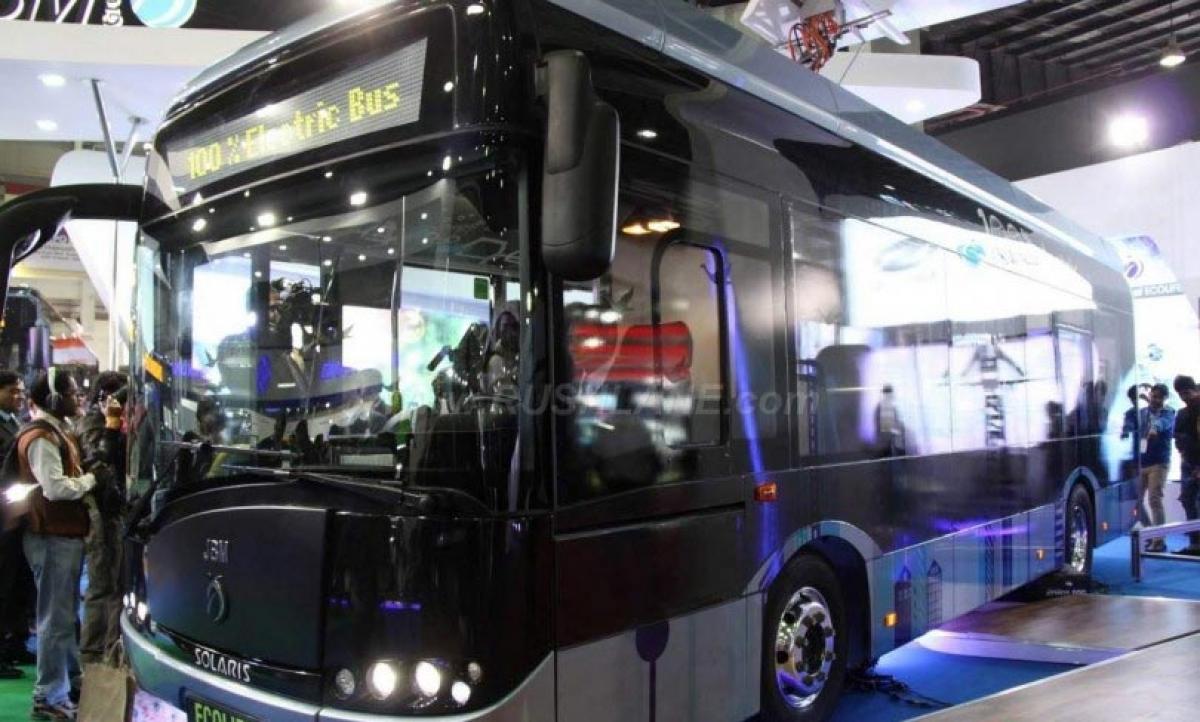 ​Delhi: India’s first 100% electric bus ECOLIFE has been unveiled at the ongoing 2016 Auto Expo. JBM Auto Limited in association with Solaris Bus & Coach S.A., has introduced India’s first 100% electric bus. Called ECOLIFE electric bus, it is offered in two variants of 9 meter and 12 meter length and comes in with a host of new features, at the same time actively contributing to conserving energy and preserving the environment.

Built on a corrosion resistant monocoque structure, the bus is a zero emission vehicle fitted with lithium batteries which can be charged via a pantograph. It can run for 150 to 200 kms over a 10 to 15 hour operation. The bus can also be charged via a plug-in charging system.

Capable of enhanced stability and longer life span as compared to other buses in India in its category, ECOLIFE electric bus is spacious. It offers extra leg room to passengers while storage compartments are also at a premium. A ramp for wheelchair bound travelers is also seen on the new ECOLIFE adding to passenger conveniences. Passenger Information System, vehicle health monitoring system are among its other features. ECOLIFE buses receive independent front suspension and rigid rear suspension along with electronic braking system.

ECOLIFE demonstrated at the 2016 Auto Expo follows CITYLIFE CNG buses which were showcased at the 2014 Auto Expo. These buses are now ready to be released into India with 105 such CITYLIFE buses to be delivered in Noida and Greater Noida region in April 2016.