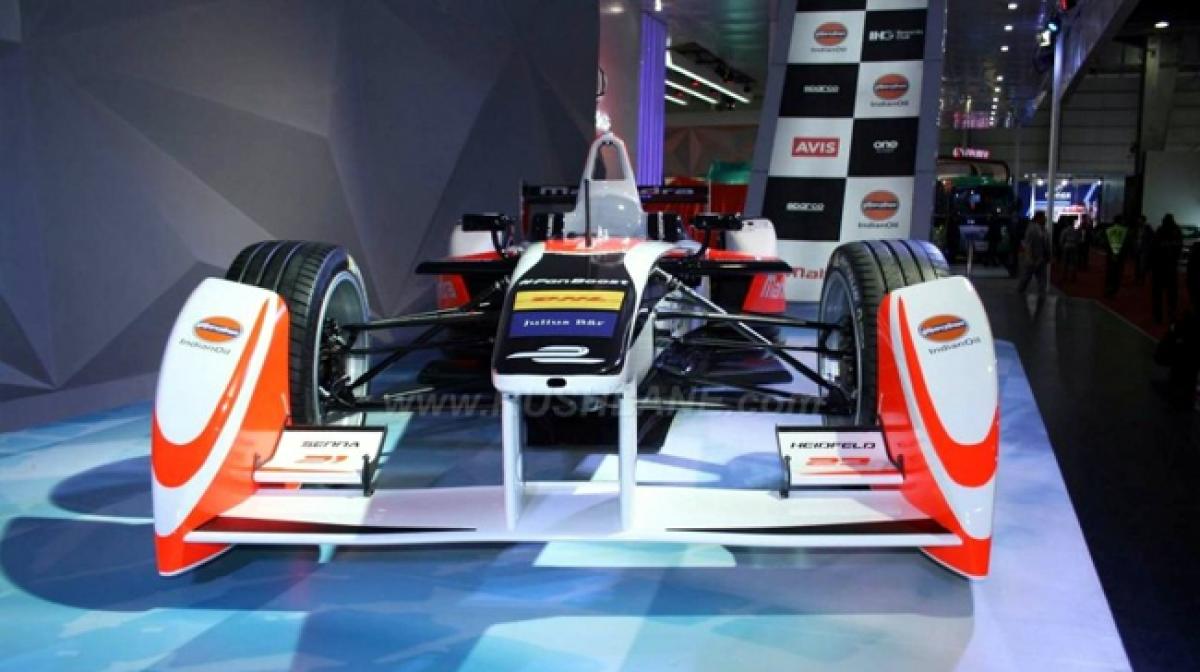 The 2016 Mahindra MGP3O Moto3 race bike made its world premiere at the 2016 Auto Expo which is currently underway at India Expo Mart, Greater Noida.

Delhi: Mahindra Racing at the Mahindra pavilion during 2016 Auto Expo.

The 2016 Mahindra MGP3O Moto3 race bike made its world premiere at the 2016 Auto Expo which is currently underway at India Expo Mart, Greater Noida. The latest edition of the motorcycle which will compete in the 2016 MotoGP season is the first product to come out of Mahindra Racing’s new European head quarters at Varese, Italy.

Mahindra says that the 2016 racing machine has been significantly upgraded in almost every area. Changes to the MGP3O have focused on improving power delivery, top speed and acceleration.

The already good handling characteristics has been further enhanced in addition to changes that improve serviceability of the race bike. The engineers have also come up with new engine, gearbox and aerodynamic package apart from revised chassis and electrical system. The bike also benefits from double exhaust system designed by Arrow.

Mahindra Racing will compete in the 2016 Moto3 championship as a constructor through two factory teams and three customer teams. Team Aspar factory team will field two bikes which are to be piloted by Pecco Bagnaia and Jorge Martin while the new Peugeot Motocycles factory team will race a MGP3O derived Peugeot with Alexis Masb and John McPhee as its riders. The customer teams – Team CIP, Outox Reset Drink Team and MTA Team Italia – will also field two 2016 Mahindra MGP3O each.

Along with their new race bike, Mahindra also had put up their new Formula E race car. The new race car now comes with an updated aerodynamics package and a new electric drivetrain, which has resulted in the car getting faster. Below is a detailed gallery of the same.