Thailand gets a peek into India bound 2016 Honda Accord facelift 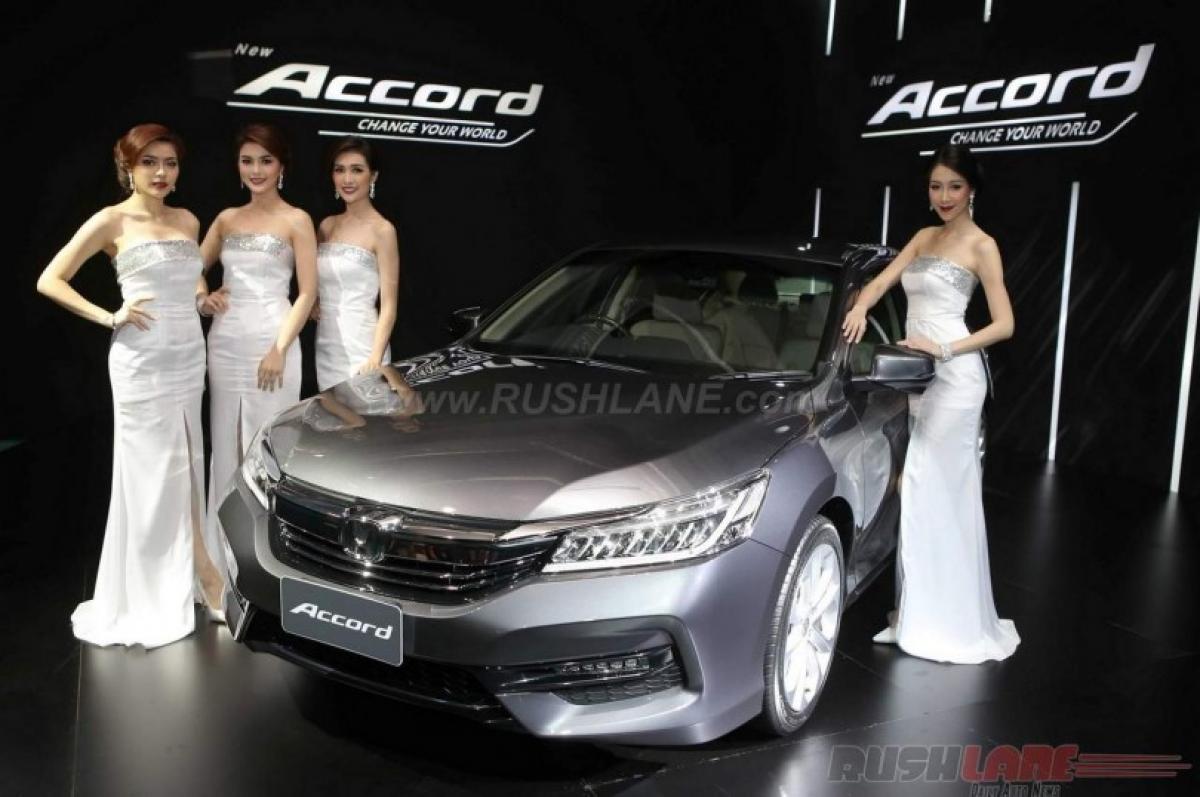 Offered in four colors of Pearl White, Silver, Grey, Black, new Honda Accord is the flagship Honda sedan on offer in the country. The Pearl White and Silver exterior colors get a black color themed interior while the Grey and Black exteriors have contrasting beige interiors.

Set to compete with Toyota Camry and Nissan Teana, the 2016 Honda Accord facelift receives some exterior updates with a new front grille and thick chrome bar, new LED headlamps and new LED daytime running lights and LED fog lamps. Modifications to the rear include three LED tubes on the tail lamp.

Interiors sport some minor updates with wood and piano black/silver trims while where infotainment is concerned, the new Honda Accord boasts of Engine Remote Start with the engine and air conditioning starting with a key fob. Interiors also sport a 7.7” MID, 7” touchscreen audio and Apple CarPlay, MirrorLink for smartphone connectivity and WiFi.

Engines on the new Honda Accord also see no change and the facelift continues to be powered by a 2.0 liter SOHC engine offering 155 hp peak power and 190 Nm peak torque and a 2.4 liter EarthDreams DOHC engine capable of 174 hp power and 225 Nm torque mated to 5 speed automatic transmission.

2016 Honda Accord facelift was also showcased at the Auto Expo in Greater Noida earlier this month and is slated for launch in India during this calendar year. It will come into the country as a CBU and is expected to be priced between INR 25-30 lakh.