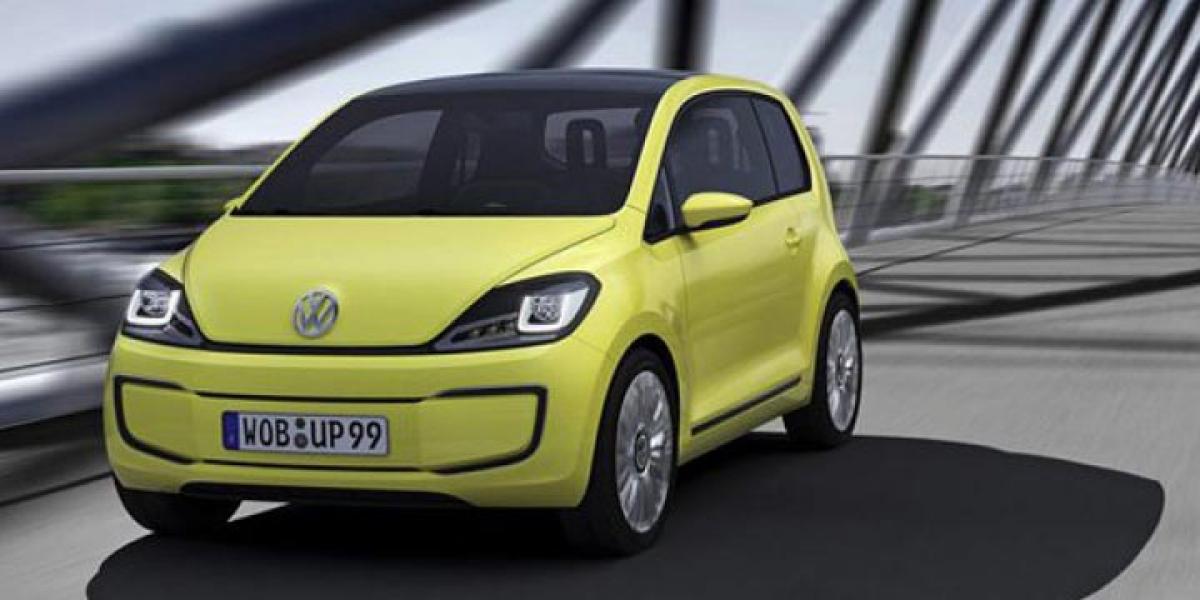 Volkswagen has revealed a facelifted version of the Up, ahead of the car’s debut at the Geneva motor show next month.

Volkswagen has revealed a facelifted version of the Up, ahead of the car’s debut at the Geneva motor show next month. The model receives the German company’s new turbocharged 1.0-litre three-cylinder petrol engine which produces 89bhp and 16.31kgm of torque at 1,500rpm. Coupled with a manual gearbox, the new engine is claimed to give the three-door Up a maximum speed of 185.07kph and a 0-100kph sprint time of 10 seconds.

The updated exterior of the car builds on the looks of the original model and gets a number of changes. There's a new front bumper with integrated cornering lights, larger air ducts, and optional fog lamps. The car also gets redesigned headlamps with LED daytime driving lights, larger wing mirrors with integrated indicator repeater lamps, new rear light lens graphics and a reprofiled rear bumper with a more defined lip below its near-to-vertical glass tailgate.

Additionally, Volkswagen has made customising options available on the facelifted Up, including 13 different body colours, nine exterior decals, three roof colours, 10 dashboard designs and a new ambient light option on top-end models. While the Up continues to be offered three- and five-door body styles in international markets, it gets a total of seven different trim levels: take Up, move Up, eco Up, load Up, Cross Up and e-Up. The interior of the facelifted Up remains largely unchanged.

However, Volkswagen is now offering the car with the option of a multi-function steering wheel and Volkswagen’s Pure Air Climatronic automatic air conditioning system.The facelifted Up also features optional USB and Bluetooth smartphone connectivity, as well as on-board computer functions via a Volkswagen app. Buyers can also specify a 300W Beats Audio sound system as part of a new Up Beats equipment line that will be showcased on Volkswagen’s T-Cross concept car, which is also set to make an appearance at the Geneva motor show.