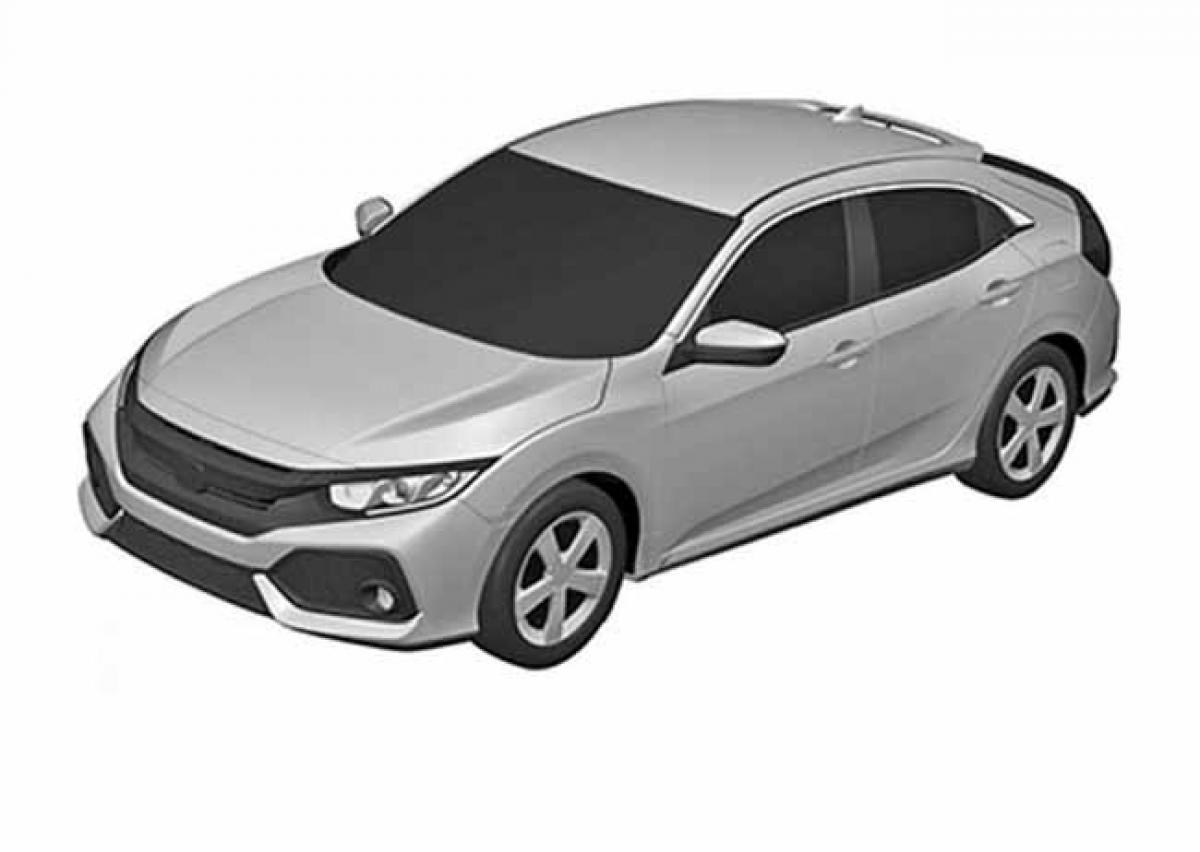 The next gen Honda Civic is expected to be relaunched in India in its sedan avatar later this year.

The next gen Honda Civic is expected to be relaunched in India in its sedan avatar later this year.

The next gen Honda Civic Hatchback which was previewed by a concept has been leaked via patent sketches. As expected, majority of the design elements of the concept have been retained.

Third and the last member of the new Honda Civic family (first two being the Sedan and Coupe) shares its front end styling with its siblings. Compared to the concept, the production ready model receives watered down bumpers and hidden tailpipe (concept featured twin exhaust tips in the middle of the bumper.

A low-slung nose, sleek greenhouse, tapering rear fascia, C-shaped LED taillights which are bridged by a light strip and rear bumper with pseudo air intakes are the design highlights on the outside. We expect the interiors to share most of its elements with the Sedan and Coupe.

The hatchback version of the 10th gen Civic will offer a brand new 1.0-litre three-cylinder turbocharged i-VTEC petrol engine in Europe. The 1.5-litre turbocharged i-VTEC petrol motor which debuted in the new Civic Sedan and a 1.6-litre i-DTEC diesel engine are also expected to be in the mix. A 6-speed manual and a CVT would be the transmission options. The US-spec variant is likely to offer only the 1.5-litre i-VTEC unit.

he next gen Honda Civic Hatchback will be made at Honda UK’s Swindon plant. Sales in the US is set to commence in second half of this year wile Europe will receive the car in early 2017.