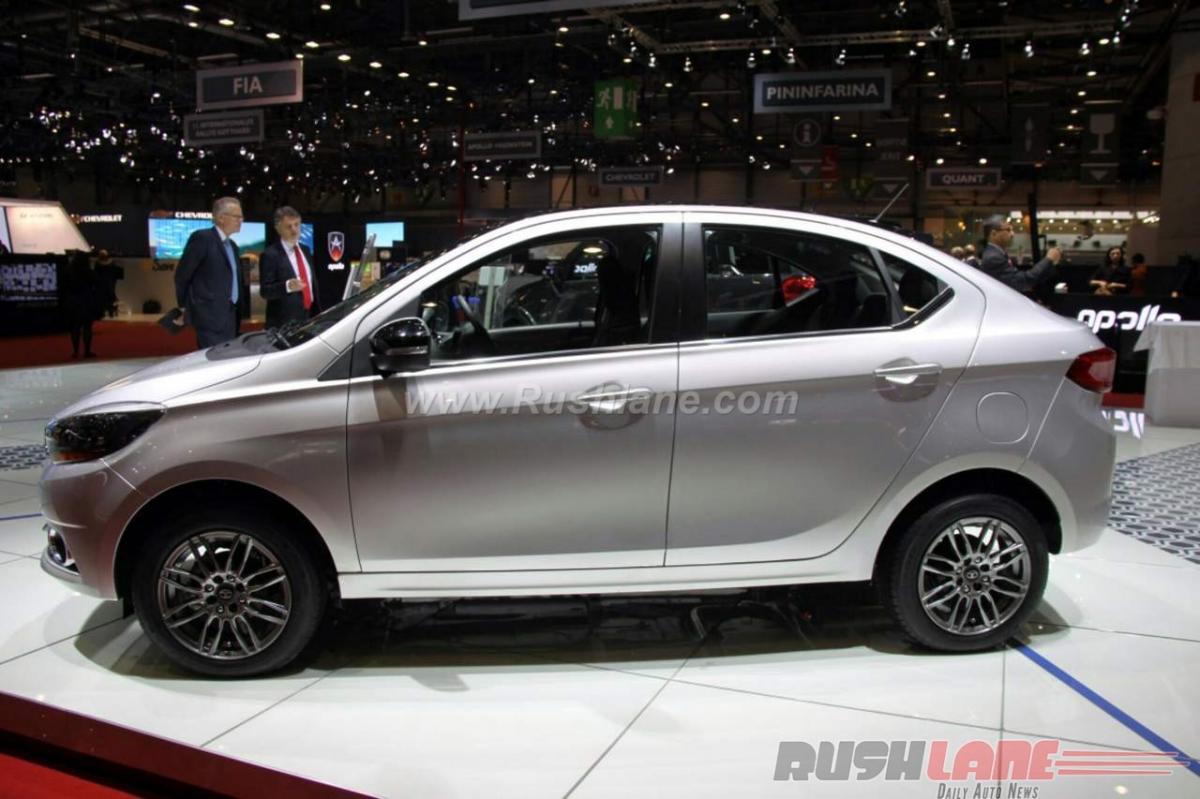 Spied in a new Orange body colour with black bumpers, which suggest that this could be an entry level variant. But at the same time, it also features alloy wheels, which in the case of cousin Tiago, is only offered on the top of the line variant.

For the record, the alloy wheel design is same as that of Tiago, ditching the attractive alloy design which was showcased at the Auto Expo. Other interesting design update to be noted is the rear chrome slat, which is visibly thicker and different to that of the chrome strip found on the Kite 5 officially showcased earlier.

To be launched by November 2016, Tata Kite 5 compact sedan will compete with the likes of Maruti Swift DZire, Ford Figo Aspire, Honda Amaze, Hyundai Xcent on space and features. But as we have seen with Tiago, the price of Kite will be a segment below the said rivals.

Tata Kite 5 sedan will be offered in a choice of petrol and diesel engine options. The petrol engine is expected to be Tata’s 1.2 liter Revotron three-cylinder mill which is rated at 85 PS and 114 Nm while the 3 cylinder Revotorq diesel motor will deliver 70 PS and 140 Nm. Both are mated to a five-speed MT. AMT gearbox could be offered at a later stage.