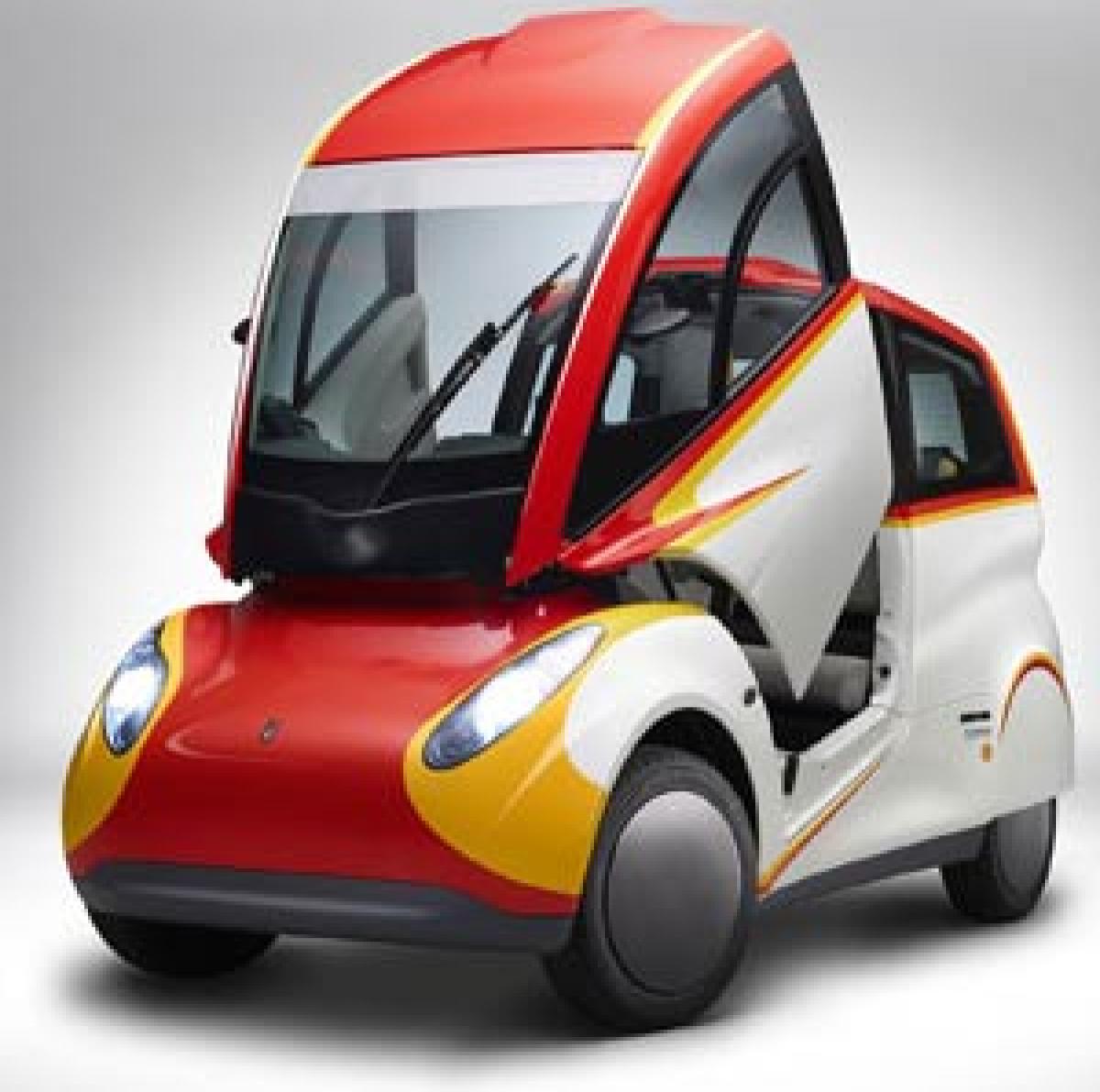 Gordon Murray’s T25 city car concept is set to make its debut at the Beijing motor show 2016. The new concept receives better aerodynamics, a lower kerb weight and upgrades to the engine to improve real-world fuel economy. Co-developed with Shell lubricants, the concept aims to demonstrate efficiency gains made possible by coordinating engine and lubricant development programmes during a new car’s creation.

The T25 has already won many accolades for real-world fuel economy. It returns even lighter as the Shell Concept Car following a year-long project that set Shell’s lubricant specialists and engine designers from the world-famous Geo Technology engine consultancy (founded by former Honda Formula 1 engine designer Osamu Goto) to work alongside Murray’s people.

This concept’s most obvious changes from its previous T25 persona, apart from a bright Shell colours, comprise a set of drag-reducing hub caps and aerodynamic spats over the rear wheel arches. These work with a suite of subtle under-body tweaks (the result of a computer-based aerodynamics programme) to cut the drag factor from an already decent 0.37 to just 0.29, a figure more akin to a sleek executive saloon than a tall, stubby city car.

For the Shell project, Murray’s engineers reviewed every element of the T25’s unique iStream construction, redesigning its simple, tubular frame, changing the bonded-in composite panels to carbonfibre for extra strength and lightness, and saving weight with subtle revisions to the seats, brakes, suspension and wiring harness.

The result is an 80kg drop in kerb weight to just 550kg, which leaves the Shell Concept Car weighing about half as much as a standard, steel-bodied supermini. The 660cc three-cylinder engine gets new pistons, piston rings and valve springs, plus redesigned conrods that change leverage on the crankshaft to lower the torque peak, reduce internal losses and thus help cut emissions. The novel interior layout of the T25 with its three seat interior and asymmetrical boot carries forward to the new concept.