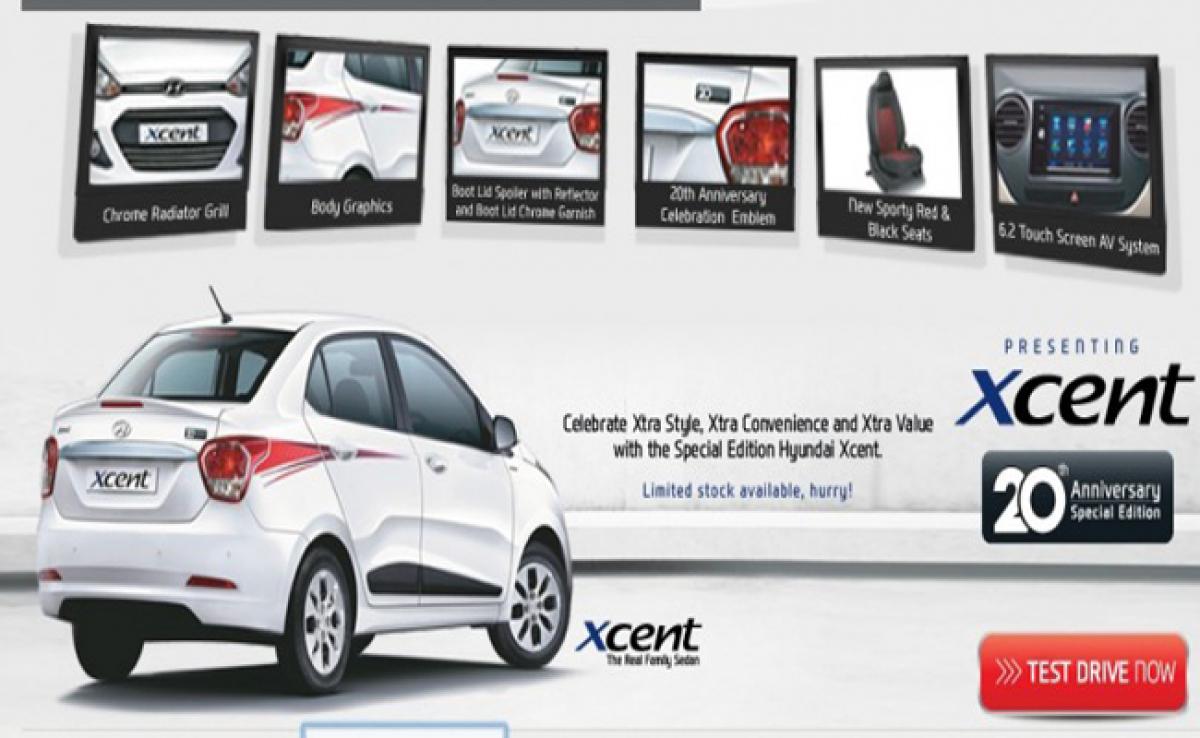 The Hyundai Xcent 20th Anniversary Edition has been launched in India at INR 6.22 lakhs for the petrol variant and INR 7.15 lakhs for the diesel variant (ex-showroom, New Delhi).

The Hyundai Xcent 20th Anniversary Edition has been launched in India at INR 6.22 lakhs for the petrol variant and INR 7.15 lakhs for the diesel variant (ex-showroom, New Delhi). As the name suggests, the special edition version celebrates the South Korean maker’s two decades of operations in India.

Based on the S trim, the Anniversary Edition is INR 17,000 more expensive than the regular model but it incorporates quite a few goodies for that price. Visually, the limited edition Xcent differentiates itself from the ordinary version by means of chrome finished slats on the front grille and secondary air dam, side body decals, full wheel covers, an integrated spoiler with brake light on the boot lid and a chrome strip above the rear license plate enclosure. Of course, there is a special edition badge on the boot lid.

The Xcent 20th Anniversary Edition sports a 6.2-inch touchscreen multimedia infotainment system and red-black upholstery for the seats. The rest of the package continues to remain the same.

The 1.2-litre Kappa 2 petrol engine dishes out 83 PS and 114 Nm of torque. The 1.1-litre U2 oil burner is tuned to deliver 72 PS and 181 Nm of torque. Standard transmission option is a 5-speed unit but the petrol motor is also offered with a 4-AT.

The Xcent compact sedan competes with the Maruti Dzire, Ford Figo Aspire, Honda Amaze and Tata Zest. It will soon be joined by the VW Ameo.