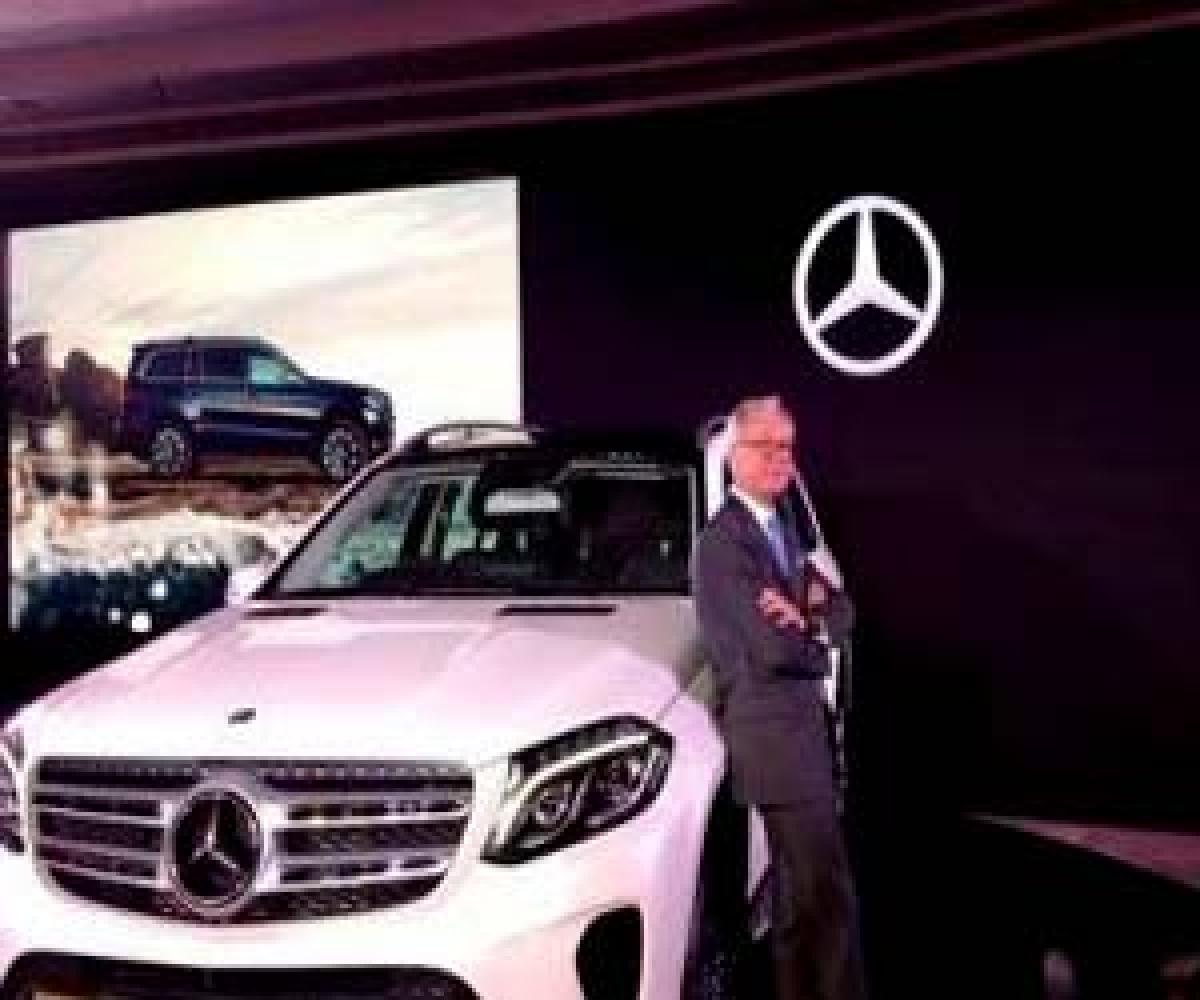 Mercedes Benz India on Wednesday launched the GLS 350 d for Indian customers. The car comes on the back of Mercedes enjoying its best quarter, best month and best fiscal in India.

New Delhi : Mercedes Benz India on Wednesday launched the GLS 350 d for Indian customers. The car comes on the back of Mercedes enjoying its best quarter, best month and best fiscal in India.

Roland Folger, Managing Director and CEO, Mercedes-Benz India said: "The GLS is the epitome of exemplary engineering that cleverly combines unmatched space, with delightful driving pleasure on any terrain. India has a growing penchant for the SUVs and at 100 percent growth achieved in 2015; it was the highest growing segment for us."

Under the hood, the new GLS 350 d is a powered by a three litre, V6 diesel engine that produces 258 bhp and 620 Nm of peak torque. This is mated with a 9-speed automatic transmission that sends power to all four wheels which is controlled by the 4MATIC permanent all-wheel-drive system.

The car will be manufactured by Mercedes at its Chakan, Pune plant and this will help keep the cost of the car low.

Folger further added, "The GLS has contributed to the success of our SUV portfolio in a significant way. India has also emerged as one of the top 10 markets for the GLS, globally. The GLS will be locally manufactured in our world-class production facility in Pune from its India launch. We are confident that the local production will make the GLS 350 d attractive for the eminent buyers with additional value propositions and increased availability. This is yet another illustration of our vision of 'Make in India', and gives us the opportunity to provide the newest products for our elite customers here."

On the styling side, the GLS gets a new radiator grille which has the Mercedes Three Pointed Star and a modern headlamp layout, which it has borrowed from the GLE and GLE Coupe. On the interior, the car gets Apple's Car Play, which provides options to make calls, listen to music, send and receive text messages and also provides access to select third-party apps that are approved by Apple Car Play.