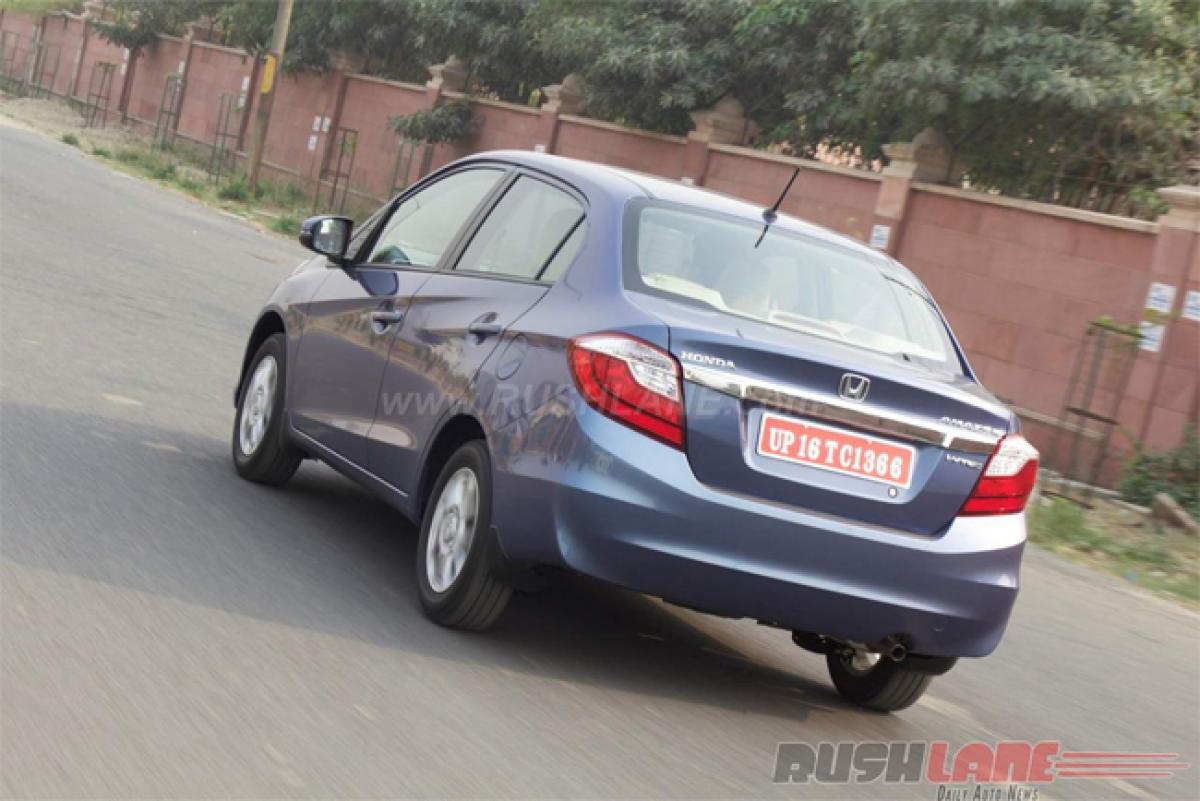 Honda Amaze was first launched in 2013.Honda Cars India announced today that their sub 4 meter compact sedan Amaze sales have crossed the 200,000 mark. Launched first in 2013, Amaze is the first Honda car to be offered with a diesel engine.

Powered by a 1.5-liter diesel engine, Honda Amaze set new benchmarks in the segment. Being the most fuel efficient car on offer in India at the time of launch, Honda Amaze was a successful product right away.

Earlier this year, Honda Cars India improved the Amaze by launching a facelift variant. 2016 Honda Amaze is priced from INR 5.30 lakh for the petrol variant and INR 6.42 lakh for the diesel variant. All price ex-showroom, New Delhi.

Compared to the outgoing Amaze, new Amaze gets a meatier front profile thanks to new bumper and grille. Rear gets new bumper, new chrome slat and a revised taillight. On the inside, Amaze gets a new dashboard which is inspired by that of new City’s. This makes the Amaze more upmarket and premium.

Competing with the likes of Maruti Dzire, Hyundai Xcent, Tata Zest, Ford Figo Aspire and the new VW Ameo, Honda Amaze has been managing to post average monthly sales of over 3,000 units for the last six months.

Mr. Jnaneswar Sen, Sr. Vice President, Marketing and Sales, Honda Cars India Limited, said, “Honda Amaze has established itself as a very successful entry sedan in the Indian market. During the span of 3 years, it has achieved sales milestone of 200,000 units bringing new customers into Honda fold. The car has been extremely popular in both big and smaller cities due to its strong value offering and Honda’s core strengths of quality, durability and reliability. We are extremely thankful to all our customers for their continuous support and faith in the brand”.