Update: The Tata Harrier has been launched in India and is priced between Rs 12.69 lakh and Rs 16.25 lakh (ex-showroom Mumbai). Read the launch story to find out more. 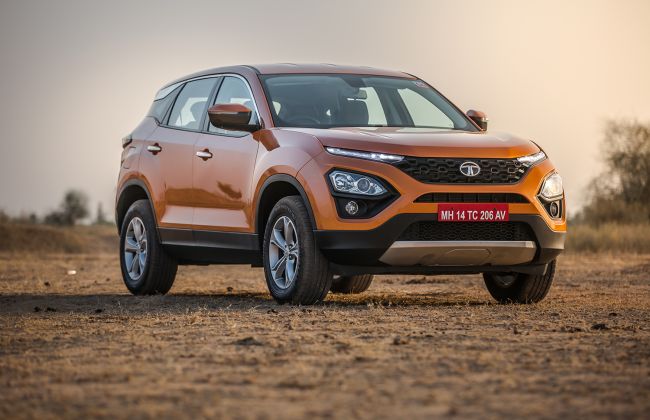 Deliveries for the newly launched Harrier have begun. However, get ready to wait it out if you book one now Tata opened pre-launch bookings for ...

Deliveries for the newly launched Harrier have begun. However, get ready to wait it out if you book one now The Harrier is finally here. And with it comes a waiting period! At the launch of its new mid-size SUV, Tata Motors confirmed that new bookings will attract a waiting period of up to three months for deliveries.

That’s because the SUV has garnered so much attention ever since it was first unveiled as the H5X concept at the 2018 Auto Expo. Post that, the year long build up which consisted of various spy shots, official teasers and even videos have made sure that the Tata Harrier has a solid fan following across the country. And with pre-launch bookings for the Harrier having been open for more than three months now, Tata already has customers who are waiting to receive the keys to their new SUV. And while Tata clears its backlog of orders, expect the waiting periods to soar further.

There’s even a possibility of deliveries getting delayed further because of the Harrier’s aggressive pricing. This could easily spur demand for the new mid-size SUV and see the waiting period go past three months! Are you one of those who have booked the Harrier and are waiting to get your hands on it? If yes, let us know how much time your dealer took to hand over the keys of your new SUV in the comments below.