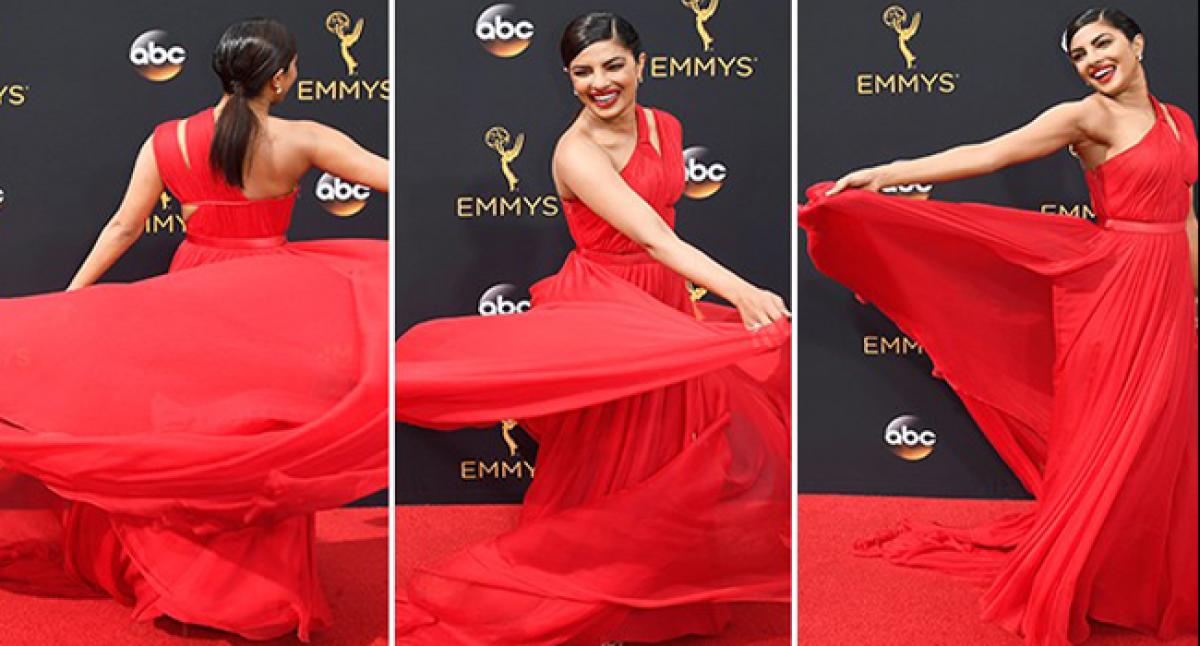 Priyanka presented a trophy with Hollywood star Tom Hiddleston at the 68th annual Emmy Primetime Awards ceremony in Los Angeles on Sunday. The duo was also reportedly flirting with each other at the ceremony\'s after-party.

Priyanka Chopra, who made heads turn on the red carpet at the 68th Emmy Awards with her scarlet ensemble, says she "felt princessy" at the event where she emerged as the "the twirling dancing emoji".

The actress talked about her experience at the award ceremony when she became a part of Jimmy Fallon's "The Tonight Show". She came to the show to promote the upcoming second season of American drama series ‘Quantico’ and impending Hollywood debut via ‘Baywatch’, reports hollywoodlife.com.

Priyanka presented a trophy with Hollywood star Tom Hiddleston at the 68th annual Emmy Primetime Awards ceremony in Los Angeles on Sunday. The duo was also reportedly flirting with each other at the ceremony's after-party.

When Fallon did an impression of her twirling around in her red flowing gown, Priyanka said, "I walked out with this big train and I did it for the first time because it's so pretty and I felt princessy and after I twirled once, I was doing it all night! All of the photographers were asking me to twirl and then onstage Tom made me twirl and I was always only twirling. I'm the twirling dancing emoji now!"

Fallon also showed off an image of her passport collection. And Priyanka said she goes through about one passport per year because she travels so much and that she has a grand total of nine full ones.