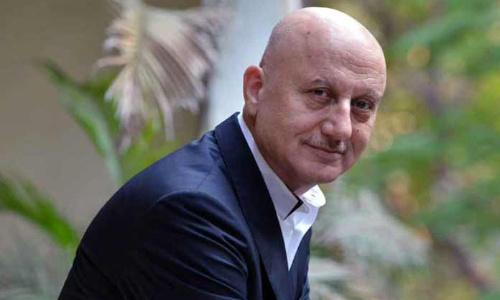 As Anupam is busy shooting for his show "New Amsterdam" in New York, American hedge fund manager Barry Rosenstein hosted a birthday dinner for him. Rosenstein was introduced to Anupam by his "Silver Linings Playbook" co-star De Niro.

For the ‘The Accidental Prime Minister’ actor, "it was a dream come true that Mr. De Niro was part of my birthday for two years in a row".
"It was a wonderful dinner hosted by Barry Rosenstein and it was so gracious of him to host it in my honour," he added. The dinner was an intimate affair with close friends including the acclaimed Indian doctor and cancer specialist Siddharth Mukherjee and his artist wife Sara.

Last year, De Niro threw a birthday party for Anupam. On the occasion of Anupam's birthday, his wife Kirron Kher, also an actress and politician, posted a special note for him. "Anupam, you have been my strength ever since I've known you. This day is very special to me, more special than my own birthday.