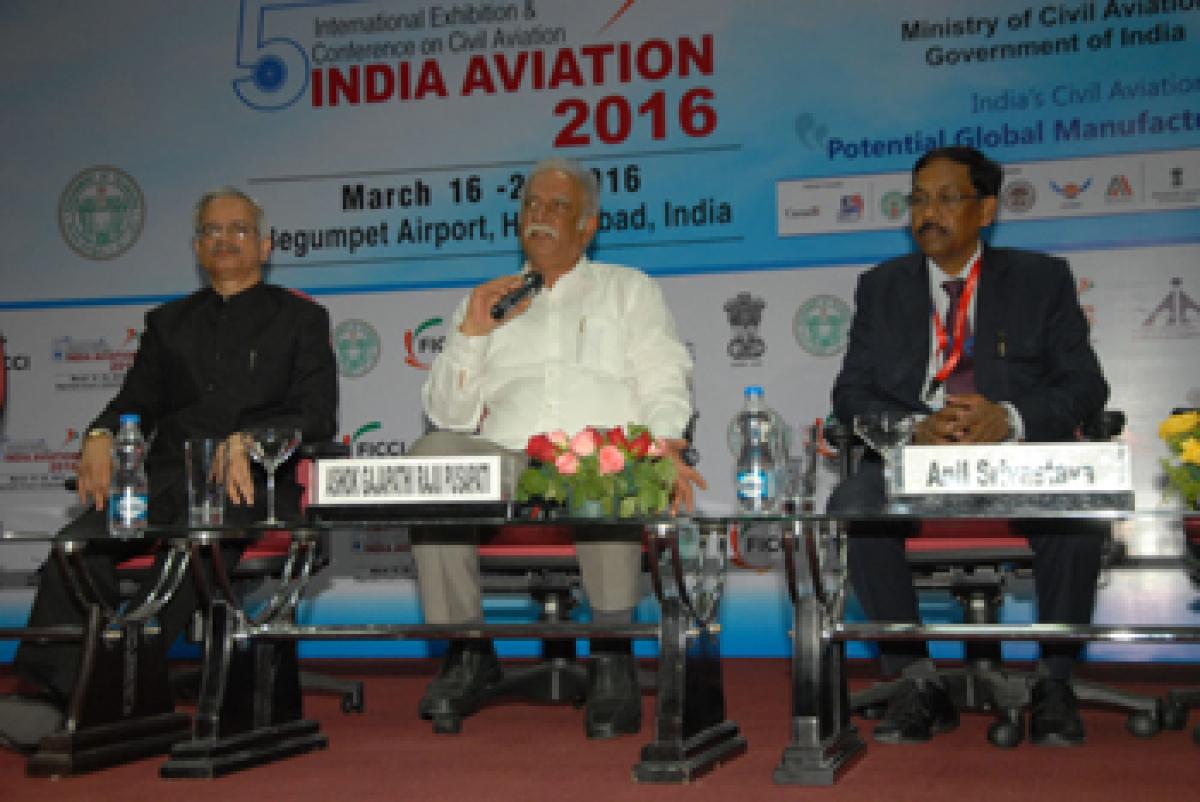 Amid a multi-agency clampdown on beleaguered businessman Vijay Mallya to recover unpaid loans and other dues, Civil Aviation Minister Ashok Gajapathi Raju on Wednesday said law will take its own course in this matter.

Plans to increase regional connectivity by bringing unused airstrips into use

Law to take its own course in Mallya case

Amid a multi-agency clampdown on beleaguered businessman Vijay Mallya to recover unpaid loans and other dues, Civil Aviation Minister Ashok Gajapathi Raju on Wednesday said law will take its own course in this matter.

He, however, rejected suggestions to draw parallels between the defunct private carrier Kingfisher and state-run Air India over their huge losses and debt burdens.

"I don't think in Air India somebody cheated somebody. Air India has definitely debt. There is no doubt about it. Nobody is hiding it. The debt of Air India did not crop up today or last two or three years.It has been there for quite some time," Raju said

Hyderabad: The much-delayed new Civil Aviation Policy is likely to be launched by next month, according Ashok Gajapathi Raju, Union Minister for Civil Aviation. The Minister said the policy which was put up on the website seeking suggestions was at an advanced stage. "We are seeking guidance from some of the senior ministers also.

There will be implications. We are hopeful that by April of next accounting year, the policy will be out," the Minister told media persons at the India Aviation 2016 here. He further said policy would have measures to increase regional connectivity across the country. Pointing out that there were 350 unused airstrips in India, he said the government would bring into use in phases.

“We are planning to bring 50 such strips into use every year as a part of our efforts to improve regional connectivity,” he said. The Minister added that efforts would also be underway to popularise air travel among middle class. India is home to a middle class of 35 crore people, but only seven crore of them use air travel once in every five years, he said.

“If we make them travel every year, then Indian civil aviation sector will grow by five times,” he reasoned. Meanwhile, Rajiv Nayan Choubey, Secretary, Ministry of Civil Aviation, said Air India would start making net profits from 2019 and operational profits from the current fiscal on the back of better passenger yield and load factor “From December onwards, for the first time in about ten years, Air India has been consistently making operational profits. It is still making net loss, primarily because of the interest burden.

But operationally, it is EBITDA positive," he said. He also said the recovery of the troubled airlines would be faster if oil prices continue to be low. "The turnaround plan of Air India envisaged that it will turn around by 2020. Now, it is likely to turnaround one-and-half years before 2020, which means it will make net profits by 2019 instead of 2020,” he explained.

If only the oil prices continue to rule soft, then of course we would be very happy as Air India's recovery would be much faster, Choubey said. Replying to a query, he said the government has been pumping in about Rs 2,500crore every year into the national carrier.