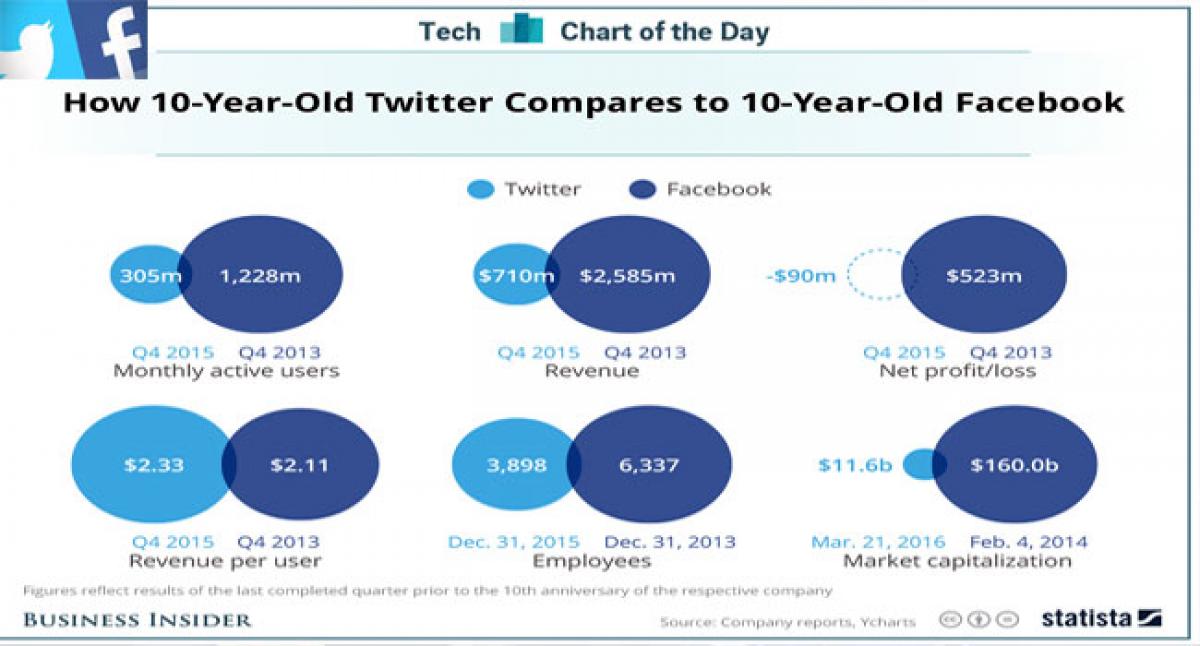 But there's one area that shows hope for Twitter: revenue per user. Twitter has been able to get about $2.33 per user, where Facebook was only booking $2.11 per user at this point. So if Twitter can somehow get more people to tune in and use the service every month, it could eventually become a bigger business than Facebook. That's a big if, though, as user growth on Twitter has basically been stalled for the last year.