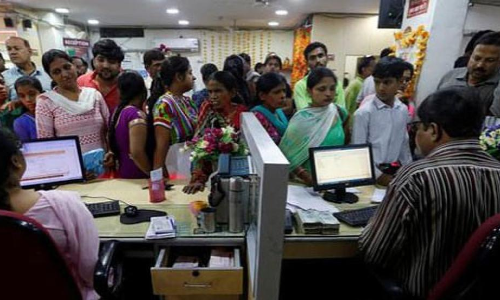 The Ministry of Finance has revealed that the Atal Pension Yojana (APY) currently has over 69 lakh subscribers, with contribution of Rs. 2690.00 crores. However, Pension Fund Regulatory and Development Authority (PFRDA) chairman Hemant G Contractor emphasised the need of increasing the pension coverage in India at a recently concluded conference on Atal Pension Yojana.

New Delhi: The Ministry of Finance has revealed that the Atal Pension Yojana (APY) currently has over 69 lakh subscribers, with contribution of Rs. 2690.00 crores. However, Pension Fund Regulatory and Development Authority (PFRDA) chairman Hemant G Contractor emphasised the need of increasing the pension coverage in India at a recently concluded conference on Atal Pension Yojana.

The conference, organised by the PFRDA in New Delhi, saw participation from all major banks, representatives from NPCI, SCHIL, SIDBI, Access Assist and some major MFIs.

"A large section of the society still does not have access to pensions and this is a cause of concern for PFRDA and the government. APY has made progress in covering the intended subscribers, but much remains to be done. On an average, a little less than two percent of the eligible population is covered under APY and hence a lot has to be done to provide people a regular access to old age income," he said.

He also touched upon the issues of persistence in the APY accounts and asserted that the objective of the scheme is to provide pension and this will only happen if the contribution in the account has been regularly paid.

He urged the APY service providers to educate the subscribers on the importance of the same, and to achieve the targets allocated by government by putting in their best efforts.

Meanwhile, a video message of Rajiv Kumar, Secretary, Department of Financial Services (DFS), was played during the occasion, where he said that the pension coverage in India is at around 12 percent and banks and other stakeholders need to work towards greater coverage under the scheme.

He also said that DFS is monitoring the progress under the scheme and targets allocated under the scheme to banks should be accomplished. He touched upon the subject of providing a digital platform for APY by PFRDA (e-APY), and congratulated the banks on their performance under the campaigns and urged them to continue the work.

While the government has a pension scheme for the BPL persons, the amount is meager and is not sufficient for old age needs. 9 percent of India's population is over 60 years and by 2030, this figure is expected to cross 180 million. The 60 plus age groups is the fastest growing demographic in the country. With increase in longevity of the people, disintegration of the joint family system in India and inflation, there is greater need for old age than ever before.

Currently, pension benefits are available to the organised sector. Atal Pension Yojana, introduced in 2015 by the Government of India, provides a self-contributory savings pension scheme with guaranteed pension of Rs. 1,000 to Rs. 5,000, with a very low contribution by the subscriber. All banks and Department of Post have pushed the product to the interiors of the country.

APY has an option for increasing the pension amount from Rs. 1000 to any other amount up to Rs. 5000 as per the savings capacity of the subscriber, and further allows the spouse to continue the account in the event of the death of the subscriber before the age of sixty years. PFRDA has also been engaging with various State Governments for providing co-contribution under the scheme.

With the introduction of e-APY through Aadhaar, the banks will be able to effectively utilise the digital platform for greater coverage.