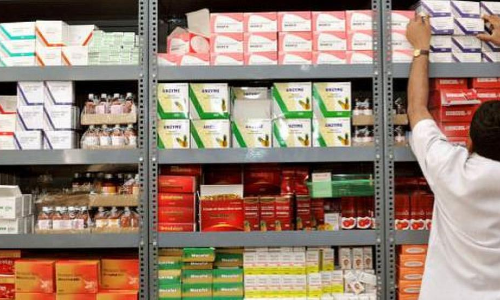 China’s much-publicised announcement to slash tariffs on 28 medicines, including cancer drugs from India, has failed to create any buzz among the Indian pharmaceutical firms here as exports to China are possible only after lengthy field trials and approvals, which could take years, an official at an Indian firm has said.

China is the second largest market for pharmaceuticals after the U.S.

China’s much-publicised announcement to slash tariffs on 28 medicines, including cancer drugs from India, has failed to create any buzz among the Indian pharmaceutical firms here as exports to China are possible only after lengthy field trials and approvals, which could take years, an official at an Indian firm has said.

On May 4, China, the second largest market for pharmaceuticals after the U.S., said it has removed import duties on as many as 28 medicines, including all cancer drugs, from May 1, a move which would help India to export these pharmaceuticals to the neighbouring country.

“China has exempted import tariffs [duties] for 28 drugs, including all cancer drugs, from May 1. Good news for India’s pharmaceutical industry and medicine export to China. I believe this will help reduce trade imbalance between China and India in the future,” Chinese Ambassador to India Luo Zhaohui said in a tweet.

Mr. Luo’s announcement generated optimism that India’s persistent demand from China to provide opening for Indian pharmaceutical firms to market their economically priced drugs compared to the multinational firms may be realised.

“For Indian pharmaceutical companies, it is not going to be much different as imports of Indian drugs both generic and anti-cancer is possible only with the approval of China Food and Drug Administration (CFDA),” the official told PTI on the condition of anonymity.

The announcement has not created any enthusiasm among the Indian firms as for both oral and injectable drugs a lengthy process of clearances is required in China which may take anywhere between two and half years to three years.

India has been lobbying actively with China to ensure quick clearances but it has not worked so far, he said. Any exports to China at this point of time is possible only if Beijing accepts certification by U.S. Food and Drug Administration, which has approved a whole host of Indian drugs.

“As regards India benefiting because China has lifted import tariffs, I do not see it as a measure that is specifically favouring the Indian pharmaceutical products alone,” V. Viswanath, a Beijing-based senior consultant for Indian, Chinese as well as multi-national pharmaceutical firms told PTI.

“This will benefit all imported products irrespective of which the country of origin is,” he said, highlighting the long drawn out struggle by Indian pharmaceutical firms to enter Chinese markets despite persistent campaign.

India has been asking China for long to open up its IT and pharmaceutical firms to reduce the trade deficit which has claimed to over $50 billion.

But ahead of Mr. Luo’s announcement, China’s Cabinet or State Council on April 12 has approved a proposal that China will exempt import tariffs on all cancer drugs and encourage the import of more innovative drugs.

From May 1, import tariffs on all common drugs including cancer drugs, cancer alkaloid-based drugs, and imported traditional Chinese medicine will be exempted, state-run Xinhua news agency quoted an official statement as saying.

Value Added Tax in the production and import of drugs will drop by a large margin, it said.

The authorities will reduce the prices of cancer drugs through centralised government procurement and eliminate premium prices for drugs by means of cross-border e-commerce, it said.

Imported innovative drugs, especially much-needed cancer drugs, will be incorporated into the catalogue of medical insurance reimbursement, the statement said.

So as of now there is nothing specific for Indian pharmaceutical industry as such, the Indian pharma firm official said.

The move is aimed at reducing exorbitant costs of medicines in general and cancer drugs in particular by the multinational firms in China, he said.

The tariff reduction is also not going to amount much as it accounts to only about 3% to 4%, which is negligible, he said.

In fact, the reimbursement for cancer drugs by the provincial and central governments is aimed at prevailing on the innovator multinational companies to reduce their prices, which they will considering the size of the Chinese market, he said.

With reimbursement on cards the multinational companies are going to bring down their prices to cash in on the scheme, he said adding that this may even stop the rampant smuggling of Indian cancer drugs to China as prices will come down.

“Pharma companies in general, and Indian Pharma companies in particular, have struggled to get their products approved by the China Food and Drug Administration (CFDA) which is the first step in commercialisation of products. Pharmaceuticals can only be imported and sold in China if they are registered with CFDA,” Mr. Viswanath said.

The announcement by China to import Indian drugs need to be “followed up with a more specific bilateral arrangement between China and India”, he said.

This is necessary as quality pharmaceutical products which are at very affordable prices are given fast-track approvals in CFDA.

“This could save China significant healthcare costs and also help the suffering Chinese patients to pay out of their own pocket for the treatment,” he said.