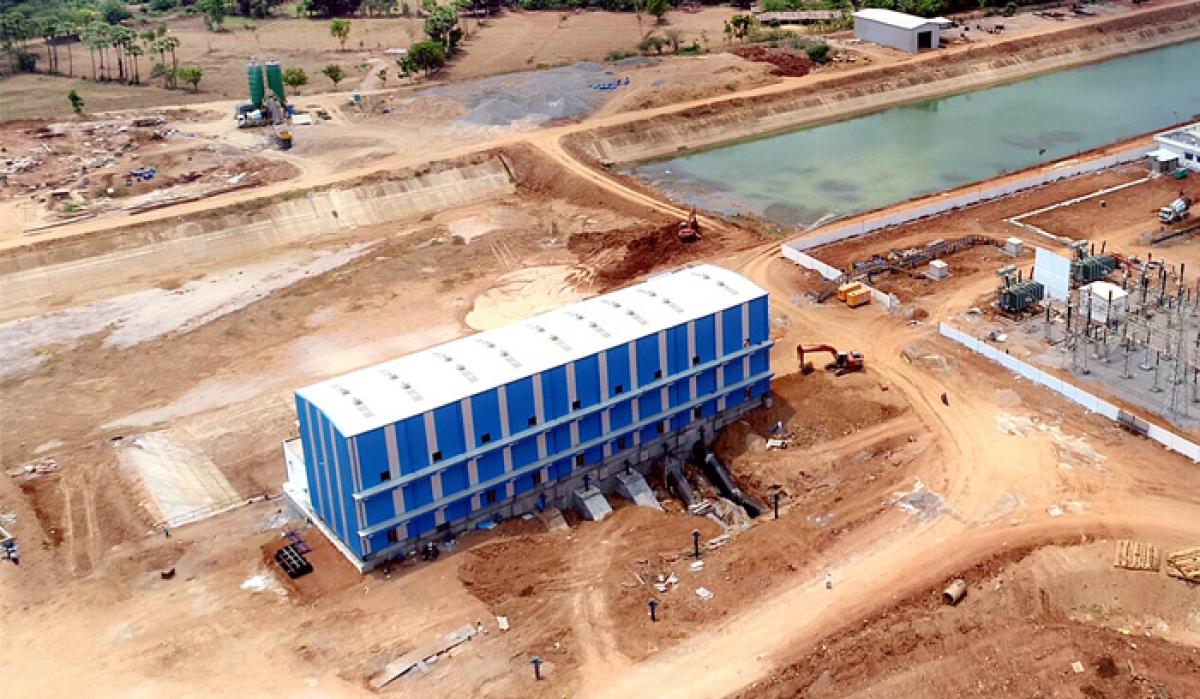 The Megha Engineering and Infrastructure Ltd (MEIL) successfully executed the Purushothapatnam Lift Irrigation Scheme (PLIS) Phase-II and ready to inauguration by Govt. of Andhra Pradesh. It is yet another milestone in MEIL’s journey towards creating World’s Major Irrigation vertical company. The Irrigation Department of Andhra Pradesh government awarded this project to MEIL with the estimated outlay of Rs. 1550 crore. Prior this MEIL is also completed the Phase-I of PLIS and inaugurated by The Chief Minister of Andhra Pradesh, Sri Nara Chandrababu Naidu on15 August last year.

Yeleru reservoir which has a capacity of 24 TMC feet of water has never been filled during the last ten years. It would have 10-12 TMC of water on an average. Megha Engineering and Infrastructures Ltd. (MEIL) have mitigated the problem with Purushothapatnam Lift Irrigation Scheme. The project taken up as part of Uttarandhra Sujala Sravanti is a boon to the people & farmers of East Godavari district. It also caters to the drinking water needs of the people of Visakhapatnam and addressed the water requirements of industries in Visakhapatnam including Visakhapatnam steel plant. PLIS would ensure filling Yeleru reservoir to the brim. Phase 1 of PLIS was taken up at Purushothapatnam village of Seethanagaram Mandal in East Godavari district. During the last water year, 1.6 TMC feet of water lifted from Godavari River has been pumped to Yeleru reservoir with two motors. The water pumped from the scheme flowed through Polavaram left the main canal and reached Yeleru reservoir. Purushothapatnam LIS was designed to utilize Godavari water that is otherwise discharged into the sea.

“Despite several problems like laying of pipelines through agricultural lands, wet soil and hostile terrain, Megha Engineering has overcome all the hurdles to successfully complete the project on time,” said Associate Vice-President of MEIL Sri K. Rangarajan.

The First Phase of this project was commissioned with 10 vertical turbine pumps with a capacity of 57 megawatts. Each pump can lift 10 cumecs of water. The pumped water will be discharged through MS pressure main in 5 rows. Each pipe is of 3200 mm diameter, which will run for a length of 10.10 Km.

“The Second phase of PLIS built at Ramavaram will draw 1400 cusecs of water from the Godavari River during floods and pump it to Yeleru reservoir through Polavaram left main canal. It requires lifting water to a height of 68 meters. To enable this operation eight pumps each with a capacity of five cumecs have been installed. Water lifted from Polavaram left main canal will have to be taken to Yeleru reservoir through pipelines” explained Mr Rangarajan.

For this purpose pipelines in two rows have been laid for a distance of 13.12 KM. The main objective is to supply water for irrigation to an extent of 2.15 lakh acres by making use of the existing infrastructure available at Polavaram left main canal under Pithapuram branch canal, Polavaram left main canal and Yeleru reservoir areas. Through Purushothapatnam Lift Irrigation Scheme 12 TMC feet of water will be utilized for drinking and industrial needs of Visakhapatnam city. The Government estimates an annual income of Rs. 200 crore through this lift irrigation scheme. The Government acquired 254 acres required for the first phase of PLIS and handed the same to MEIL in May 2017. Megha has completed the first phase of PLIS within four months and got it commissioned by Chief Minister Nara Chandrababu Naidu.

Similarly, the government has acquired 115 acres in Ramavaram and surrounding villages to commence works on the second phase of PLIS. MEIL has raced against time to complete the works on a war footing and made the scheme ready for commissioning.

However, with the growing needs and advent of new technologies, the capacity of pumps and motors had reached to megawatts. While low capacity (HP) pumps and motors have made many lift irrigation projects impractical and redundant, Megha has stepped in with the state-of-the-art technologies and innovative solutions in the field of lift irrigation to make them viable and meaningful.

MEIL is the only company which has successfully executed five major lift irrigation projects in two Telugu states since 2012 and set a record for its achievement. Now, with the commencement of pumping water to Yeleru reservoir under phase two of Purushothapatnam Lift Irrigation Project, MEIL has surpassed its own record.

Installing 186 high power pumps and motors with a combined capacity of 731 megawatts capacity in as many as 17 pumping stations under five major lift irrigation schemes is no mean achievement by any standards. And MEIL has accomplished it with aplomb.