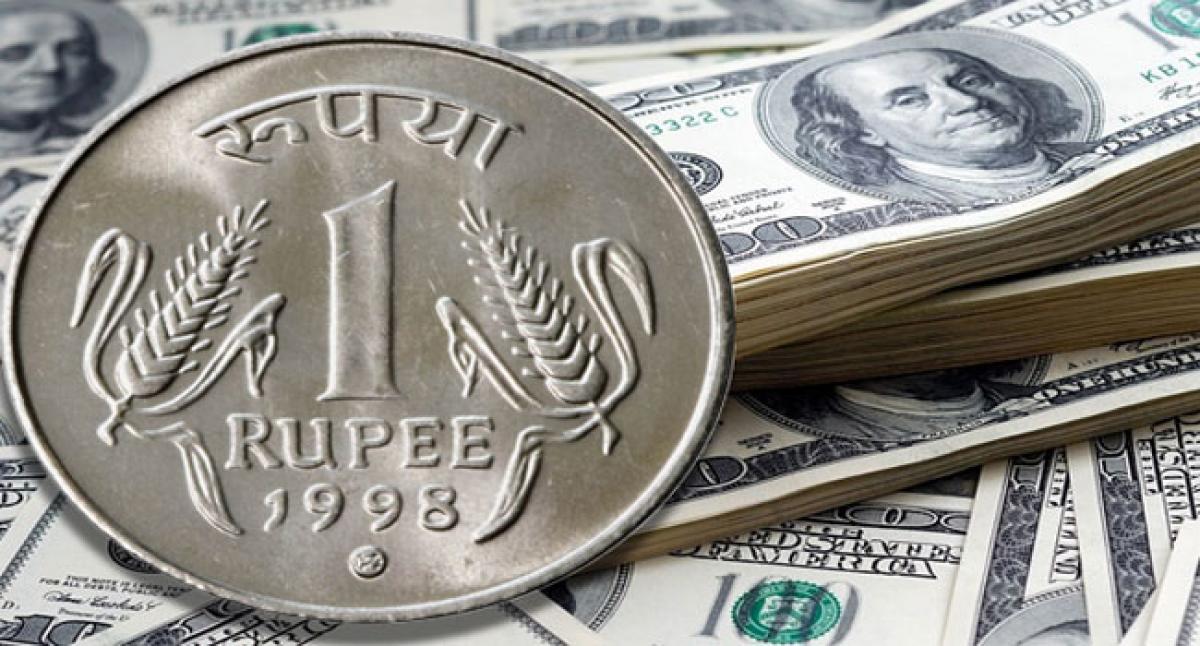 Mumbai: The rupee Tuesday weakened further by 6 paise to close at 72.69 to the $ on sustained demand for the American currency amid soaring crude prices.

It was a highly volatile day on the forex market as wide swings in the currency value kept investors on edge and precluded the emergence of a clear trend. A further sharp spike in international crude oil prices due to a combination of factors and bullish dollar overseas trend ahead of Federal Reserve's two-day policy meet kept trading sentiment little shaky.

The Indian currency dangerously slipped to a low of 72.96 in early trade -- within striking distance of its life-time low of 72.99 hit last week but managed to pare some losses on likely intervention from the central bank.

It briefly touched a high of 72.57 in mid-afternoon deals. The rupee has lost 49 paise in last two days. Heavy dollar selling by banks and exporters along with greenbank's weakness against some currencies overseas largely supplemented the recovery momentum.

A spectacular bull back rally in domestic bourses after five straight-day pounding on the back of value buying in beaten-down key stocks and hectic short-covering ahead of expiry also helped in propping up the currency.

The currency markets worldwide are rattled with over-lapping geopolitical factors rubbing shoulder against each other and also underpinned by the divergent monetary policy outlooks against major global central banks, a forex dealer commented.