GDP a fancy figure, growth must translate to well-being on ground 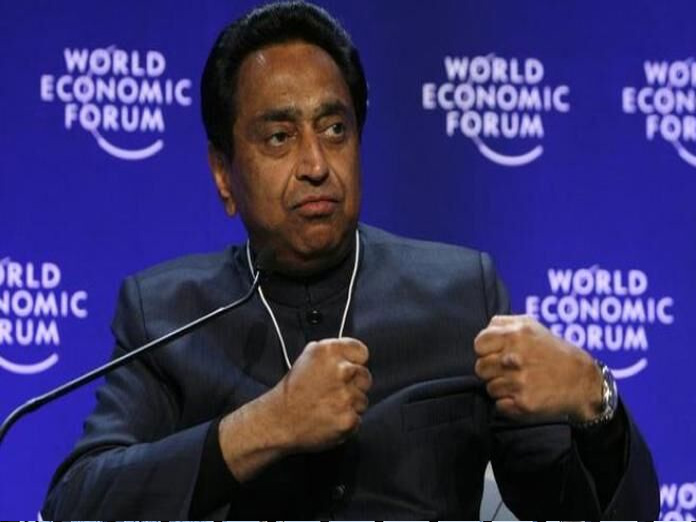 ​Davos: Madhya Pradesh Chief Minister Kamal Nath on Wednesday referred to gross domestic product (GDP) as a "fancy figure" and said that economic growth must translate into well-being of people on ground.

At a session on emerging market outlook at the World Economic Forum Annual Meeting 2019 here, Nath also strongly defended his government's farm loan waiver decision, saying the agricultural sector in India and particularly in his state has been in distress.

Referring to the latest IMF forecast for the Indian economy, he said, "GDP is a fancy figure and at times it can be misleading as one needs to see where all a 7.5 per cent growth figure translates into."

Defending the loan waiver, the senior Congress leader, who also had a long stint in the central government in various ministries, said it was necessary as agriculture is the backbone of the Indian economy and he had to take into account the distress the farmers were in. He said the waiver amounts to $8 billion, but what it also means is taking over the loans of scheduled banks that had gone bad and the lenders had taken a haircut in the process.

Anyway, an NPA would have hit the balance sheet of the banks and the decision was in their interest as well, Nath maintained. Talking about the global economic scenario, he said the global order is changing. "The world has changed but some of the people have not," he said, adding that the US leadership may think what they have done may be good, but they need to realise that things have changed in terms of the world order.

McKinsey & Company Global Managing Partner Kevin Sneader said business leaders are very confident about their own business, but they are worried about others' businesses. In the same panel, Hong Kong SAR Government CEO Carrie Lam said there are some underlying worries about global trade, but she is positive.

Turkish Finance Minister Berat Albayrak said Turkey is the only stable economy in its region but it has learnt a lot from the problems in the area. He also said Turkey and the US have a very important relationship. He said Turkish economy has strengthened its immune system in a big way.

Agility CEO Tarek Sultan Al Essa, the only corporate leader on the panel, said China and the US are still growing at a healthy rate while emerging markets are showing a superior growth rate.

He said there is a need to understand what is holding SMEs back and how to make them contribute more to the global economic growth. Central Bank of Argentina Governor Guido Sandleris said Latin America is expected to grow much better this year as economies like Brazil and Argentina are likely to expand.