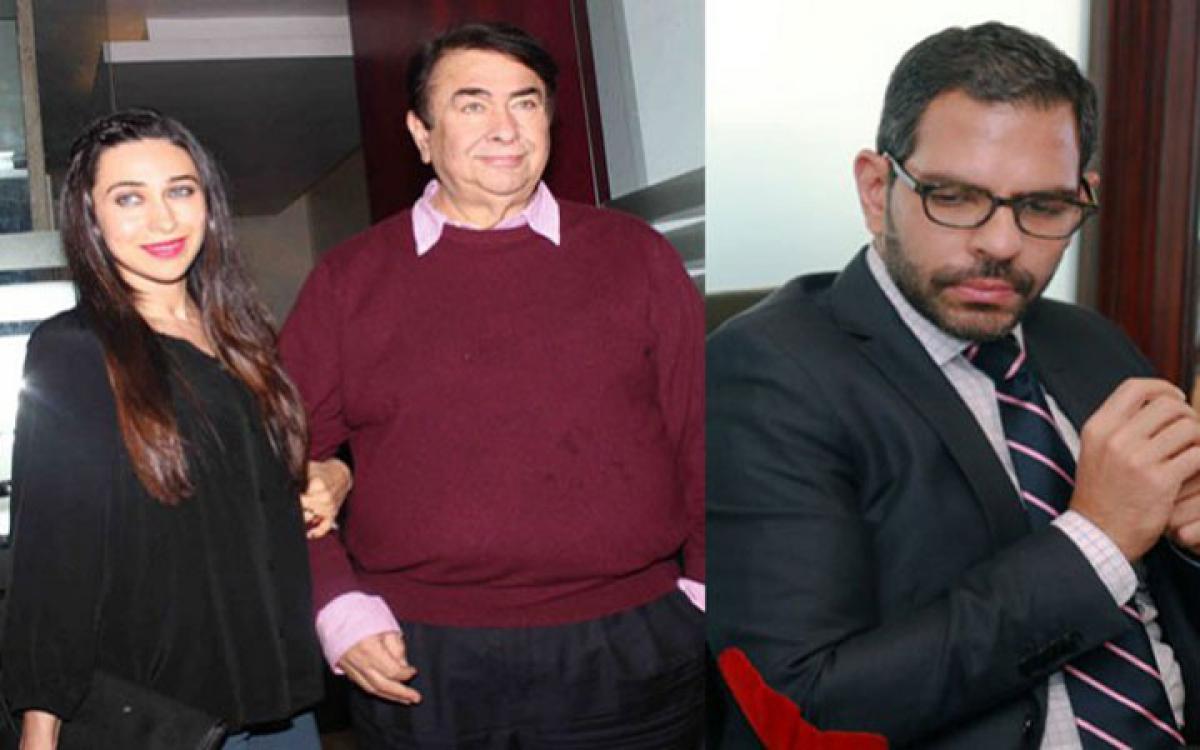 Mumbai: Veteran actor Randhir Kapoor has quashed rumours that his star daughter Karisma Kapoor married Sunjay Kapur for money. He said the illustrious family of Bollywood can support themselves and don't have to "run after anybody's money".

The actress married Sunjay, now her estranged husband, in 2003. They have two children Samaira and Kiaan Raj Kapoor together.

"The whole world knows about the Kapoors and god has blessed us with enough wealth and talent. We can support ourselves for the rest of our lives. We are talented also. So, we don't have to run after anybody's money, especially Sunjay Kapur's," Randhir told IANS.

The veteran actor also shared that Sunjay "must be trying to impress his girlfriends that he is very wealthy. He might be doing it for his own publicity".

Karisma, who is going through a rough patch, has her father's complete moral support.

"I'm a typical Indian father and I love my children very much. I'm more protective about my grandchildren. I'm concerned about their wellbeing. I'm only hoping it doesn't get very ugly and affect my grandchildren," he said.