Nothing called sure shot success in Bollywood: R. Madhavan 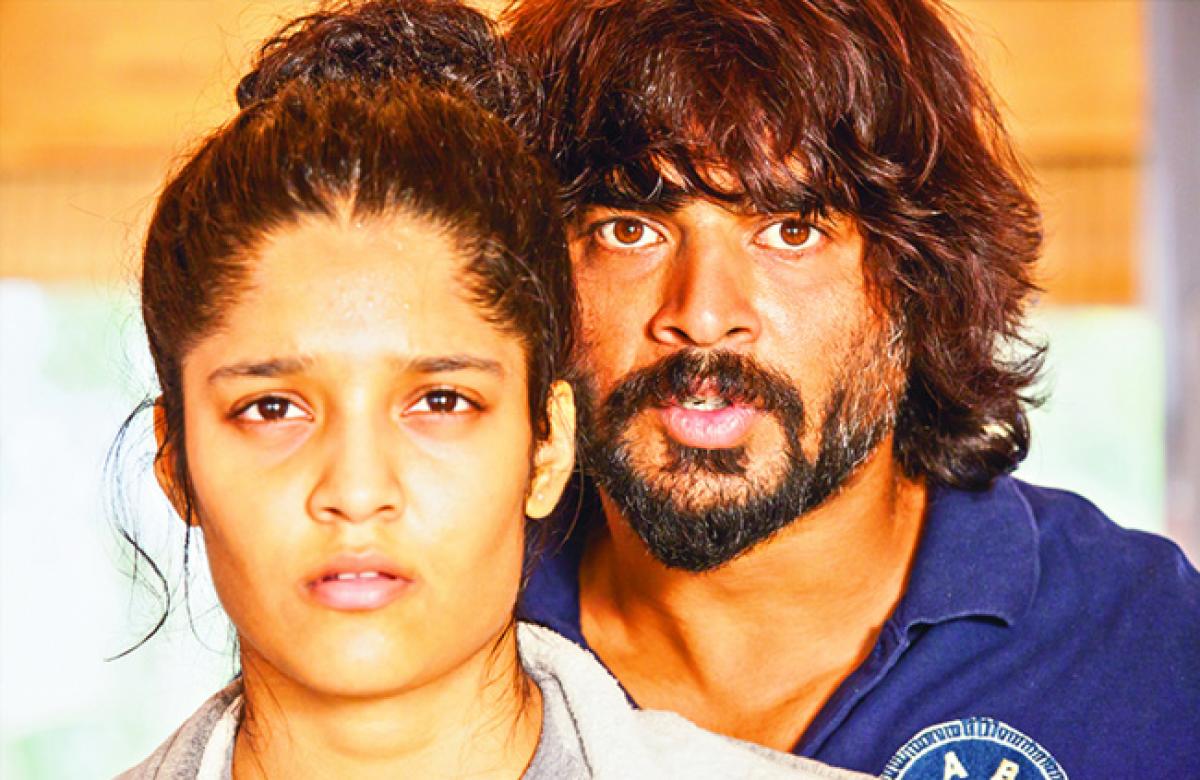 From playing a loverboy in \"Rehnaa Hai Terre Dil Mein\", engineering student in \"3 Idiots\" to a gentleman in \"Tanu Weds Manu Returns\" -- R. Madhavan has proven his range as an actor through varied roles in a career that has spanned almost two decades.

New Delhi: From playing a loverboy in "Rehnaa Hai Terre Dil Mein", engineering student in "3 Idiots" to a gentleman in "Tanu Weds Manu Returns" -- R. Madhavan has proven his range as an actor through varied roles in a career that has spanned almost two decades. He feels the idea of "sure shot success" in Bollywood doesn't exist, and says that those who assume they understand the industry, start facing setbacks.

"In 20 years, I got to know that there is nothing called sure shot success in films and Bollywood," Madhavan told IANS here during the promotion of his new film "Saala Khadoos".

"Saala Khadoos" is a sports film, featuring Madhavan as a strict coach who relentlessly pushes his protege -- played by Ritika Singh -- to overcome obstacles and achieve her boxing goals.

This is not the first time Bollywood is coming up with a sports based film. "Lagaan", "Chak De! India", "Iqbal", "Bhaag Milkha Bhaag" and "Marry Kom" had something to do with a sport, and found popularity among the audiences. However, the success of those films was not the reason why Madhavan wanted to bet on "Saala Khadoos".

"The moment you know that you understand the industry, you start facing setbacks. So, I never did this mistake. I never assume (anything) in my life, and I won't do that for films too. I will insult my audience if I start doing this as I feel that viewers are very smart nowadays," he added.

Taking his past film "Jodi Breakers" as a reference point, the actor, who is admirable for his calm demeanour and down-to-earth nature, said that he did the film with different hope, but "it didn't work well at the box office".

Madhavan has made his own mark in Bollywood and down South, but despite such a long career span, he still feels that he can't be like "Shah Rukh Khan and Salman Khan".

"I am a limited actor. I can't do a few things that most of the actors today do onscreen... for instance, six-pack abs, dancing and singing in the films... I can't do that and I feel that I don't entertain people in the right way sometimes on that front.

"I choose my subject differently and I am blessed to get love and affection from people for such roles too... I think that's a victory. I can't become Shah Rukh Khan or Salman Khan and I don't deserve to be like that.

"For instance, if I am the local level champion, I can't call myself world level champion. (But) yes, it is possible to achieve that in future in some form or the other," he said.

Through "Saala Khadoos", he has tried to add another feather to his cap and that's production.

"I worked on my body in this film, and I also started producing too with this project. So, hopefully I will add more things in my profile in days to come," added Madhavan.

The film releases on Friday.

(Nivedita can be contacted at [email protected])