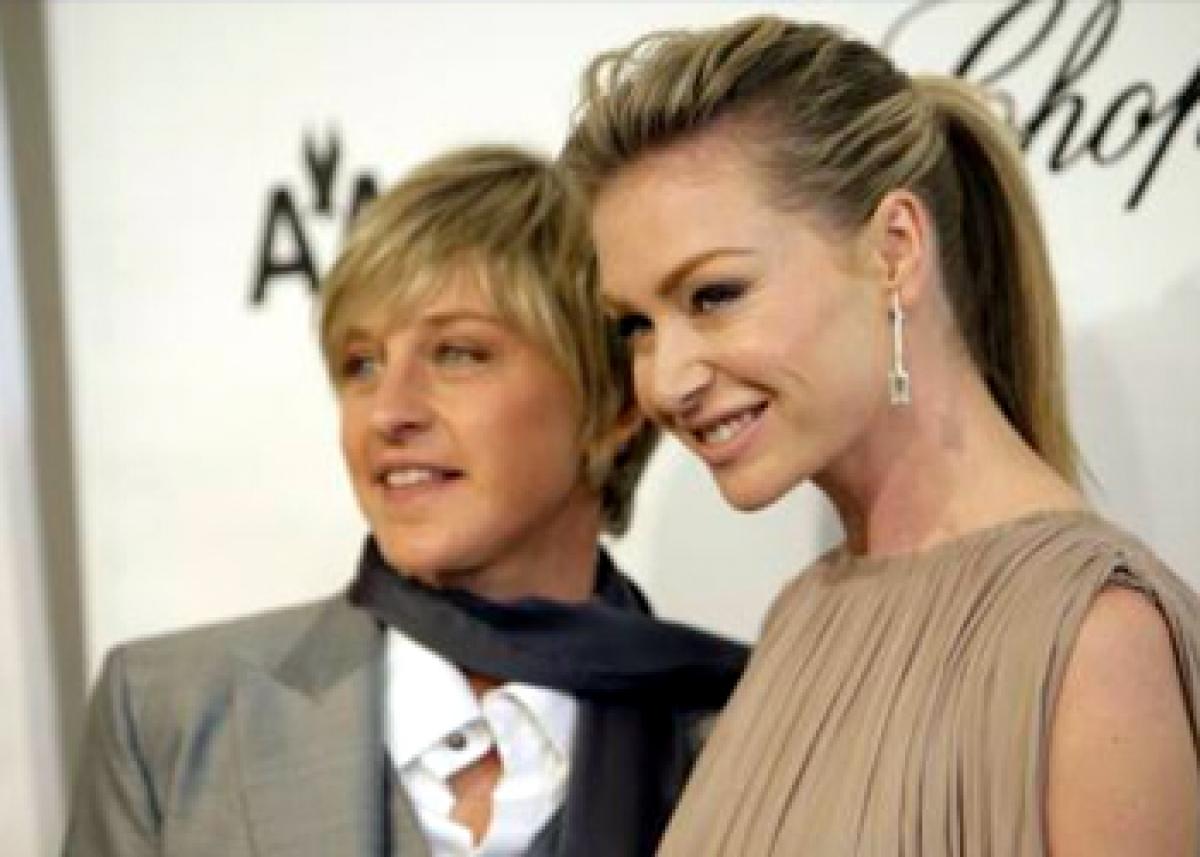 Amidst divorce rumours, Portia de Rossi has recently revealed that her wife Ellen DeGeneres is a fan of her show \'Scandal.\'

Washington D.C.: Amidst divorce rumours, Portia de Rossi has recently revealed that her wife Ellen DeGeneres is a fan of her show 'Scandal.'

In an interview, the 43-year-old actress said that her wife Ellen DeGeneres is a big fan of the show, so she wants to see it with everybody else, Entertainment weekly reports.

Adding on to that, she also revealed that recently DeGeneres watched it separately from her, which is also a really fun.

"It's nice when she can watch it as a fan, and not me watching it as a critical actor," she said.

The 'Arrested Development' actress further said that she just can't help but watch her show with a critical eye.

Previously, reports surfaced that Rossi and DeGeneres who have been married for seven years now, are calling it off.