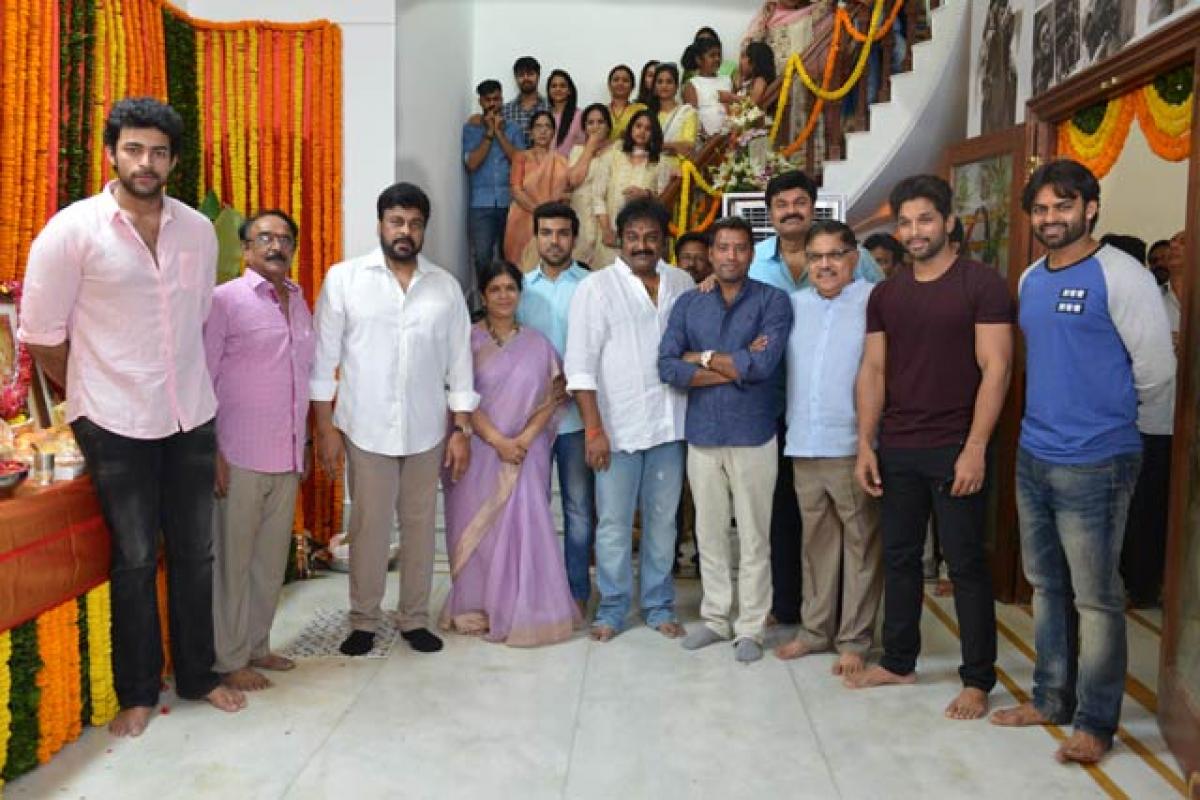 The wait is over for all the ‘mega’ fans. Bringing to an end months of speculation and dillydallying, Chiranjeevi’s 150 film has been finally launched ...

The wait is over for all the ‘mega’ fans. Bringing to an end months of speculation and dillydallying, Chiranjeevi’s 150 film has been finally launched at the production house (Konidela Production Company) of the actor in Hyderabad on Friday. While Allu Aravind switched on the camera, Paruchuri Venkateshwara Rao sounded the first clap and Naga Babu directed the first shot.

With no muhurats available in the next three months, Chiru camp was compelled to quietly start the project on Friday as a closely guarded affair with immediate family members and the actor’s close aides from the industry.

The film, a remake of Tamil film ‘Kaththi’, will be directed by VV Vinayak, who earlier helmed the megastar-starrer ‘Tagore’ (2003). Sources close to the project have confirmed to us the film will be high on entertainment and will be more an adaptation of ‘Kaththi’ than a frame-to-frame remake. Ace technicians like composer Devi Sri Prasad and cameraman Ratnavelu are on board for the project, dated for a 2017 pongal release.